“The beauty contests looked so weird they might have belonged to another civilisation altogether.” Read on for the verdict on last night’s TV. 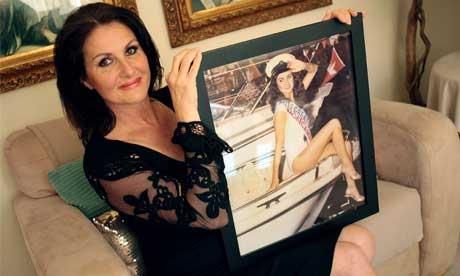 Wonderland: I Was Once a Beauty Queen, BBC2

“The definitions you’d expect – degrading, exploitative, a relic – were not writ too large in Hannah Berryman’s film. She let them bubble, rather than burn – largely through archive film, which in itself betrayed the laughability of the whole thing.”
Alex Hardy, The Times

“Hannah Berryman does her best; she asks questions about whether they think it was degrading, or dangerous, or they were being objectified, tries to get them at least to engage with why those feminists, or whatever they called themselves, where hurling flour. With little joy, though.”
Sam Wollaston, The Guardian

“Rich and varied as all these stories were, they were overshadowed by the archive footage of the beauty contests themselves, which looked so weird they might have belonged to another civilisation altogether.”
Matt Baylis, Daily Express

“Hannah Berryman specialises in long-distance recollection, often beginning with a moment of minor celebrity and then tracing the ways in which those lives unfold later… In theory, this film offered a natural extension to the franchise, finding out whether titles that were boosted as a passport to a life of glamour had actually delivered on the promise. In practice, it turned out to be a little disappointing, offering stories that offered no common theme besides the fact that most people get a little wiser as they get older.”
Tom Sutcliffe, The Independent

“It’s possible that some of the original train robbers who gave interviews here may feel they’ve been fitted up when they see the finished product. Interesting to see Charmian Biggs for real, though, after five weeks of Sheridan Smith’s version.”
Tom Sutcliffe, The Independent

Timeshift: The Golden Age of the British Sports Car, BBC4

“Try as I might and enjoyable as this was, I couldn’t join in the sense of nostalgia… The golden age was a time when sports cars were affordable and men were very boring.”
Matt Baylis, Daily Express