“This was journalism at its best.” 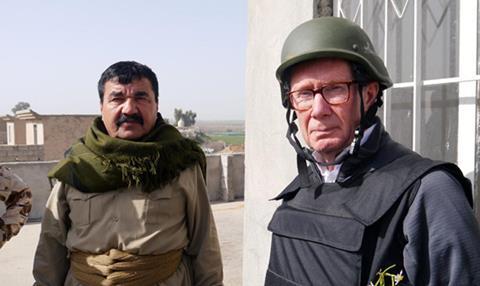 “The reporter Peter Taylor presented a much-needed primer on the inner workings of the terrorist organisation. He did not assume prior knowledge, nor did he underestimate his viewers’ intelligence. This was journalism at its best, and easily worth all those plane fares.”
Tom Rowley, The Telegraph

“At times, it felt like a particularly good A Level history documentary. Taylor’s knack was that he knew when to get involved. And he knew when to give experts or sources the floor.”
Sally Newell, The Independent

“You might think a documentary primarily about funding could be a little dry. Not This World: World’s Richest Terror Army though. Because we’re dealing with Isis, and because of the extraordinary way it goes about its business. It’s both fascinating and terrifying.”
Sam Wollaston, The Guardian

“A frightening yet irony-crammed portrait of Isis. The only good news is that even Isis’s revenue generation is unlikely to fund for ever a state that not only has to feed and heat its people but is waging a war on the rest of the world.”
Andrew Billen, The Times

“It is hard to decide which was the most tasteless aspect of Autospy: the Last Hours of Robin Williams. Probably, it was the entire premise of the documentary. Professor Shepherd should have been asked to conduct a post-mortem into why this grim film was ever commissioned.”
Tom Rowley, The Telegraph

“I wouldn’t join those voices saying that Autospy: the Last Hours of Robin Williams was a disrespectful outrage. His demise is a matter of public record and, alongside the painstaking description of the actor’s many ailments and his final hours, the programme went to great lengths to remind us of his talents.”
Matt Baylis, Daily Express

“In Ellie and Adam, the BBC have found two appealing presenters who are as enthusiastic as a couple of puppies. And while the secrets may have been thin on the ground, the sheer, breath-taking beauty of the Highlands made up for it.”
Claudia Connell, Daily Mail

“A travel series so puerile it would insult CBBC viewers. I counted so many ‘amazing’s in the first 15 minutes I gave up counting and wallowed instead in the pair’s inane interviewing. The landscape looked great, of course, but the commentary was so banal it mocked the grandeur it was designed to celebrate.”
Andrew Billen, The Times