“This programme should be compulsory viewing for a generation.” Read on for the verdict on last night’s TV. 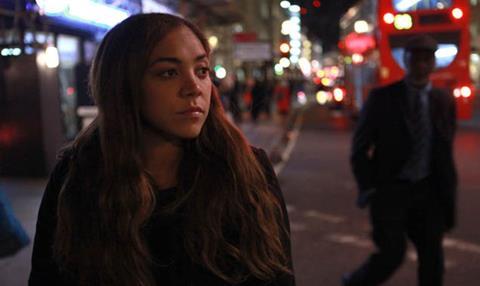 “The T4 presenter and bankrupt Miquita Oliver might not seem the obvious choice to front a programme about responsible finance, but in fact she was rather good… The sneery Popworld presenting style is gone, replaced with a manner that’s genuine and non-judgmental.”
Ellen E Jones, The Independent

“Oliver came across as rather naive, too willing to agree that the loan sharks had a right to exist… But the show did a good job of explaining the numbers and showing how quickly small debts can swallow whole lives… This programme should be compulsory viewing for a generation.”
Christopher Stevens, Daily Mail

“Oliver treated her interviewees with respect, even the students who were taking out loans so they could buy rounds of shots. A surprising hit, then, and another piece of evidence that BBC3 is finally emerging from the dark ages.”
Ed Potton, The Times

“Simon’s pilgrimage was a bit of a muddle. It couldn’t decide if it was a history of pilgrimage in Britain or his own pilgrimage to come to an understanding of those who travel in faith. It didn’t work as either.”
Sam Wollaston, The Guardian

“Reeve isn’t religious himself but he’s a zealous advocate of the bleeding obvious… What rescued the programme were Reeve’s encounters with a selection of, erm, driven individuals, people who made him look like a sloth on Mogadon.”
Ed Potton, The Times

“Pilgrimage seemed somehow to reconcile the two parts of the man so he could see something few contemporary programme-makers will admit to: that religion isn’t all fanatacism and dogma. That belief can be useful, even if the belief is not itself true.”
Matt Baylis, Daily Express

The Joy of Logic, BBC4

“This was a programme, were logic to be applied, that should have been a turn-off. What made it work, though, was Professor David Cliff’s utterly uncompromising attitude to comprehensibility… He didn’t bother trying to make it accessible; rather, he just allowed the programme to wash over us all in a torrent of equations.”
Sam Wollaston, The Guardian

“I love nothing more than a programme that makes me feel clever, and The Joy of Logic, a one-off foray into the world of maths, science and philosophy, did just that… It was simply filmed, filled with off-beat humour and easy to follow.”
Sarah Rainey, The Telegraph

“I’d say that The Joy Of Logic offered me a chance to reassess my views on logic but in truth it lost me after the first half… When you’ve stopped understanding what the anecdotes are meant to explain, then the joy of logic, or anything else, has diminished to zero.”
Matt Baylis, Daily Express