“Channel 4 had promised exclusive access, but this was an understatement. It was hard to believe that we were permitted to witness such intimate, painful scenes.” Read on for the verdict on last night’s TV. 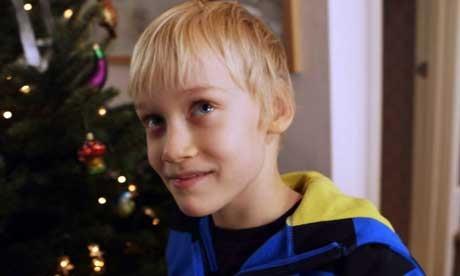 You’re Killing My Son: The Mum Who Went on the Run, C4

“Where this film worked well was in its lack of judgmentalism. It never sought to take sides and let the viewers make up their own minds on the rights and wrongs of the situations… But the film also missed a trick in never pressing Sally on why she was convinced Neon’s treatment would be so harmful as to be not worth giving… Had such questions been answered this film wouldn’t just have been good, it would have been exceptional.”
John Crace, The Guardian

“The programme’s title did nothing to suggest this was would be a sensitive exploration on any level. Neither did the opening seconds… But viewers who persevered were rewarded. Channel 4 had promised exclusive access, but this was an understatement. It was hard to believe that we were permitted to witness such intimate, painful scenes.”
Iona McLaren, The Telegraph

“Wisely, rather than getting too mired in the myriad arguments, producer Sarah Burkeman, a family friend, focused more on the overwhelming sadness of the story and the child at the centre of it.”
Matt Baylis, Daily Express

“The film sanitised one hell of a row. It also did no favours to Sally who could, surely, with a little help, have put up a better case than she did here.”
Andrew Billen, The Times

“Anita Rani’s film fell between two stools: unable to decide whether it was a proper Panorama-style report or a Channel 5 ‘Wow, look at the state of those kids. They’re enormous’ piece of sensational voyeurism.”
John Crace, The Guardian

Football, Madness and Me, BBC3

“I chose to watch Football, Madness and Me because I thought it would be a film about football. And it was, of course, but it was more interesting as an insight into a world we don’t often see, particularly that of Jamal and the people trying to make his (and others’) lives better. Which is what good documentaries should do.”
Will Dean, The Independent

“I am wondering if the Count was ever the postmodern invention I thought I heard on the radio. But the director Graham Linehan took such care with this old-fashioned sitcom, I laughed plenty anyway.”
Andrew Billen, The Times