A Confession; Paxman: Why Are Our Politicians So Crap?

“This was simply a terrifically well written and acted drama.” 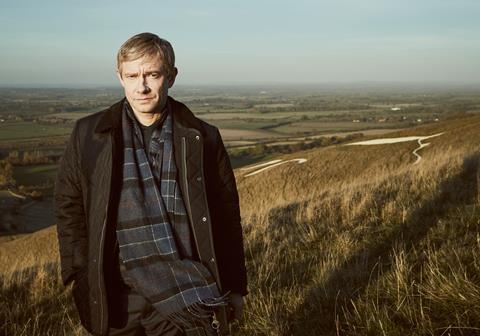 “This was simply a terrifically well written and acted, and terribly sad, drama that gripped with the inescapable pain experienced by everyone involved in the case.”
Gerard O’Donovan, The Telegraph

“TV dramas based on real murders pose queasy questions. Is it voyeurism? A Confession by Jeff Pope acquitted itself pretty well of such charges. The drama’s true centre was the legal dilemma it posed: should following police procedure to the letter trump bending the rules, even if you might possibly find a victim alive?”
Carol Midgley, The Times

“It is a sad, ruthless dramatisation of ruthlessly sad events that asks profound questions about how we want to – and how we should – obtain justice for the murdered and missing.”
Lucy Mangan, The Guardian

“This will not be a straightforward procedural mystery. If you were unaware of the case, it might have felt like one, but Pope’s thoughtful attempts to dramatise families’ real traumas carry greater emotional heft as more truth – and betrayal – is revealed. Let’s hope it continues with the same precision; I’m hooked.”
Sarah Carson, The i

“The cast-list of A Confession is phenomenal. You’d have to turn to The Crown on Netflix to see as many top British actors crammed on to the screen. Everywhere the camera turned there were first-rate actors, with John Thomson from Cold Feet particularly good as the deputy chief constable on the rack.”
Christopher Stevens, Daily Mail

Paxman: Why Are Our Politicians So Crap?, Channel 5

“Paxo was as mad as hell and not going to take it anymore. He used his freedom from the Beeb’s niceties to turn the air blue. As fun as it was to watch Paxo the Populist, some of the punches he tried to swing at politicians made him look silly. When he tried to skewer Andrew Mitchell on whether the public should be paying for MPs’ Tipp-Ex, the Tory MP wrong-footed him deftly by asking if he had paid for the office Sellotape when at BBC Newsnight.”
Asa Bennett, The Telegraph

“The BBC’s former chief interrogator dialled up his sneers and pained expressions so much that at times he resembled a Paxman impersonator. When he stopped hamming up the tetchy-old-man schtick the clips reminded us what a good interviewer Paxman is. Rude, yes, but tough, focused and entertaining.”
Carol Midgley, The Times