“A fascinating chronicling of a tyrannical dynasty.” 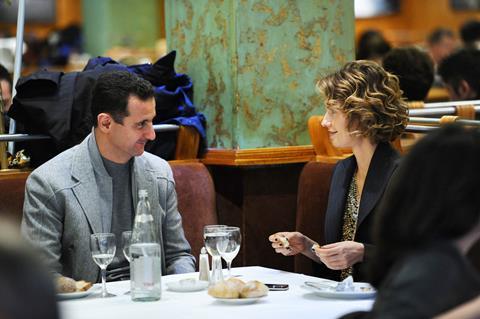 “A fascinating chronicling of a tyrannical dynasty – the Middle East’s answer to the Sopranos or Corleones, with a far higher body count – that had prioritised its own enrichment over the well-being of the Syrian populace.”
Ed Power, The Telegraph

“This documentary had no special access or great insights, but it delivered a thorough and efficient account of how this Mediterranean country, so close to the holiday beaches of Turkey and Cyprus, has become a bloodbath.”
Christopher Stevens, Daily Mail

“It’s too soon for Hollywood to make The Assads, but when they do it will be one grim, lurid psychodrama. In the meantime the BBC’s three-part documentary is prepping the way. In trying to fathom how bashful Bashar could become a scourge of the world order it is so far offering some dynamite ‘origins’ material — vivid details and gripping clips around insights into dynastic psychology.”
James Jackson, The Times

“Despite a promising premise, one of Wanderlust’s downfalls was that it committed the cardinal sin of being boring. The series perhaps belonged on BBC2, rather than prime time BBC1, where it was too niche to connect with a mainstream audience. Unfortunately, impeccably curated music and some artsy camera angles did not a gripping drama make.”
Michael Hogan, The Telegraph

“What a strange series it has been. On the one hand, the slow-burn pace has felt novel when every other drama is fast and whizzy; on the other, it has sometimes been a bit boring. It feels like an elaborate test of modern attention spans.”
Emine Saner, The Guardian