”The signature of Davies is all over it: the humour, the flirtatiousness, the hint of sex” 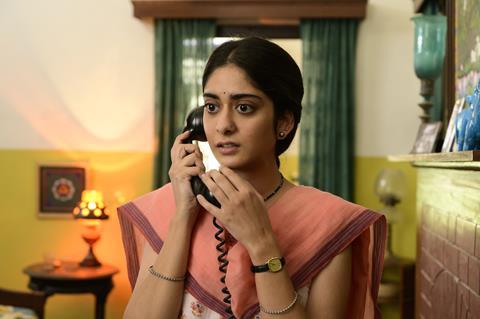 “There is a lot riding on A Suitable Boy, which is a fate that befalls pioneering and overdue series such as this. This may be the first Indian period drama of its kind in British TV history, but it remains an India that a British audience is used to seeing. The cast mostly speaks English, with a smattering of Urdu and Hindi, and in India there has been some scoffing at the accents. These are the oddities of the genre: no-one spoke Russian in Davies’s War and Peace but in the midst of our cultural reckoning, the old ways are starting to look downright weird.”

“Once the first nuts and bolts were in place and it allowed itself to relax I found it a luscious, zesty pie of a drama, beautiful and cinematic at every opportunity. Although sometimes it was cheesy too. There is always a risk in bringing a famous novel to the screen and viewers who have read it will notice some characters and threads gone for want of time. However, I thought the social intertwining of the various families — Maan Kapoor (Ishaan Khattar) smitten and sex-struck by the local courtesan Saeeda Bai (the Bollywood star Tabu) — was seamlessly woven amid the politics. it was an episode full of colour, energy and life, which improved as it went on. Despite the odd corny moment, I enjoyed it and FYI, episode two is not a disappointment.”

“The signature of Davies is all over it: the humour, the flirtatiousness, the hint of sex. He has taken the novel apart and stitched it back together with a tighter focus on the characters who matter, discarding unnecessary subplots. The all-Indian cast is a first for a British period drama. The BBC boss who commissioned it, Piers Wenger, has said this was a “gamble” and a creative risk. But there is nothing here to scare the horses - Seth was educated at Tonbridge School and Cambridge, and his middle-class characters wear cricket whites and earnestly discuss James Joyce. The Fifties detail is lovingly recreated. It’s all deeply romantic.”

“There are so many storylines introduced during A Suitable Boy that it is not over-dramatic to draw Shakespearean parallels. There have been other period dramas set in India – Indian Summers and Beecham House the most recent – but native characters are often there as conduits to a rose-tinted throwback to a salubrious colonial era, with white British expats dominating the narrative. But the world Nair has created is completely absorbing.”

Emily Baker, The i

”To capture the sheer magnitude of his great book on screen, the BBC has assembled an extraordinary cast – some newcomers, other Bollywood superstars. Best of them all is Tabu – born Tabassum Fatima Hashmi but so famous in India that she has only one name – who plays the seductive Saeeda Bai. In her scenes with the lovestruck Maan, she conveys not only the wiles of a professional flirt but also the wariness. It’s clear from the way she flinches from his grand gestures that Saeeda has been brutally mistreated by men.”

“Do you find that documentaries about Hitler are a bit negative? Always going on about the bad stuff he did. Honestly, can’t a man start a Second World War and engineer the Holocaust without people mentioning it all the time? Well, Channel 4 was on hand to lighten the mood. This was largely the fault of one man, auctioneer and historian Chris Routledge. The premise of the programme was perfectly interesting: Hitler’s determination in the 1930s to dominate motor racing and set new land speed records, as a demonstration of the Third Reich’s power. Also, as the documentary reminded us, Hitler did like a nice car.”

“For fans of racing history, this hour-long film was filled with grainy news footage of sleek and beautiful cars, like drawings from a boys’ comic book. But there were too many contributions from excitable historians, and not enough detail about the playboys who drove the machines — such as Nazi superstar Bernd Rosemeyer and the Jewish Algerian prodigy Guy Moll. What a movie their rivalry would make.”

“It’s all about the situation — like opening a cupboard and being hit by a stack of falling saucepans … and a rucksack, a full set of encyclopedias, an Army boot, a box of coloured ping-pong balls and an ironing-board. And then a bowling ball. It’s hilarious, and very welcome as a new outlet for Lee Mack’s comic genius.”