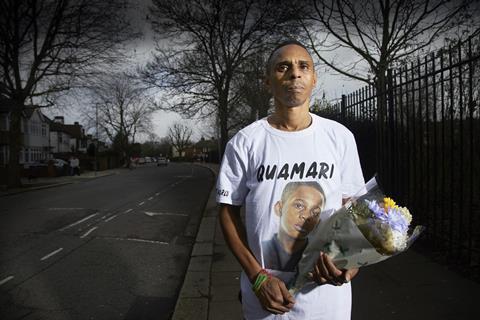 A Year of British Murder, Channel 4

“Where other documentaries about murder might forensically reconstruct the crime or the prosecution, or ask hand-wringing questions about public policy, this deeply empathetic film derived its power from a less inquisitive approach.”
Jasper Rees, The Telegraph

“This was a slightly different, more thoughtful approach to crime documentary, the cumulative effect being depressing but profound. It made the viewer reflect on the baffling evil that people do and the randomness of life.”
Carol Midgley, The Times

“Through a handful of deaths director Ben Anthony told us something important about life. I’d be surprised if there was a more humane programme on television this year.”
Sarah Hughes, The i

“This was a sensitive two-hour survey of the impact that violent killing has on those left behind. By linking the cases with landscape scenes — waves breaking on a beach, crows cawing over a ploughed field — the documentary conveyed the sense that, for these families, time was passing in the far distance.”
Christopher Stevens, Daily Mail

“Because this approach meant that each story only covered the initial stages of each suffering family’s or friends’ grief, you had the impression of a murder collage rather than any cohesive picture of cause or effect beyond that which any marginally sentient person can be assumed to understand and appreciate already.”
Lucy Mangan, The Guardian

“This series of Cold Feet is already proving much better than the last, tackling depression, midlife crisis, emasculation, loss, cancer, online sugar daddies and unemployment, but with enough humour to stop it becoming too corny.”
Carol Midgley, The Times

“It seems a blatant remake of the show’s first season in 2014, the one with Woody Harrelson and Matthew McConaughey. Since the second series was such a stinker, you can’t blame the producers for going back to a tried-and-tested formula. It just feels a little cynical.”
Christopher Stevens, Daily Mail