“The actors were so good and the words so quietly, tragically mesmerising that I forgot within about two minutes that this was a performance” 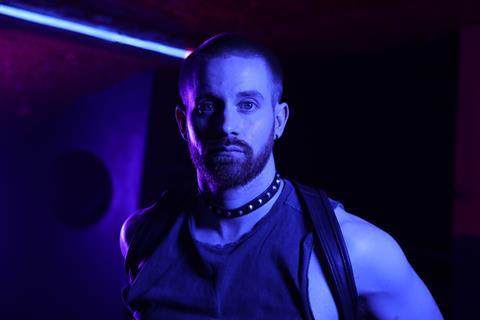 “This excellent three-part documentary takes a series of audio interviews with gay men, recorded during the 1980s and 1990s and archived at the British Library. These real voices are then lip-synced by actors. Technically, it is expertly done. The testimonies are varied – sad, funny, fearful, fearless. But as they talk about their lives, the penny drops that many, if not all of them, will die. Frequently, it is a series that will move the viewer to tears. By using first-hand accounts, it also brings an era vividly to life.”
Anita Singh, The Telegraph

“What sounds on paper like a terrible gimmick works beautifully, bringing you closer to appreciating all that was lost as the crisis unfolded and government inertia demanded that ordinary people step up and do extraordinary things to save themselves and others. But although the inaugural broadcasting of the unheard voices of those who were there, and who are no longer with us, is the USP, the documentary is also noteworthy for being the first to tell this story with a sense of the joy that was present before Aids. This new, unashamed honesty marks more than anything how far we have come since 1982.”
Lucy Mangan, The Guardian

“The actors were so good and the words so quietly, tragically mesmerising that I forgot within about two minutes that this was a performance. And of course I’d missed the point. This was a way to bring these young, previously fit men in their prime back to life. Not as disembodied voices, but vibrant, breathing human beings. It was a compelling record of a shameful period when compassion was the casualty of panic.”
Carol Midgley, The Times

“Actors in 1980s fashions lip-synched to the audio, an innovative technique that, despite being impeccably executed, didn’t quite work. The performers spoke their lines with split-second precision, yet the effect was like watching those Plasticine animations of talking animals on Heat Electric adverts.”
Christopher Stevens, Daily Mail

“A sizeable chunk of the penultimate episode of Sherwood was told in flashback, which is risky because it’s so often a dampener for drama, especially one as immersive as this. And I would say that the 1980s sequences went on a touch too long. But, oh my. When the big reveal was made and the identity of the spy cop, who had left the police and remained in the village under a false identity, was finally unveiled you could see why so much time had been devoted to it. It made the disclosure so much more gobsmacking.”
Carol Midgley, The Times

“Sherwood has been a disappointment, with storylines as flat as the beer. The cast is outstanding, crammed with more top actors than a Harry Potter movie. But even the talents of Lorraine Ashbourne, Mark Addy, Pip Torrens, Adeel Akhtar, David Morrissey and Robert Glenister can’t cover up the yawning illogicalities in the plot.”
Christopher Stevens, Daily Mail

“The season four opener is the least chaotic in the show’s history, with signs that Westworld has succumbed to the fate that befalls all but the best high-concept sci-fi stories when they are given too long a run: every massive idea and reality-switching twist has been another step into an ever-narrowing maze of the show’s own mythology. Now the grand point Westworld was originally making is no longer in sight.”
Lucy Mangan, The Guardian

“It’s a classic, moreish Westworld mystery, one that makes you feel clever and stupid at the same time. That’s the beauty of the show. Maeve and Caleb will shoot some robots and blow stuff up, while a later episode in the series will be inspired by Zhuangzi, an ancient Chinese Taoist text which muses upon the essential nature of human freedom. That’s Westworld: it has its cake, it eats it, and you may as well enjoy the spectacle.”
Chris Bennion, The Telegraph

“It is still dense and intense – and yet remains hugely rewarding, provided you’re willing to expend your grey matter to keep up. In particular, it displays a refreshing determination to not repeat itself and it is great fun watching familiar characters. Westworld is one of the most intriguing rollercoaster rides in prestige television – provided you don’t think too deeply about the story.”
Ed Power, The i