Angry, White and American; Trump: An American Dream; The Murder of Becky Watts

“It was a gripping if depressing hour, though chronologically it felt like a reverse strip-tease.” 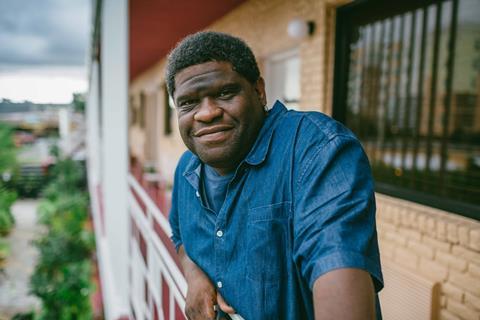 “It was a gripping if depressing hour, though chronologically it felt like a reverse strip-tease, because the most jaw-dropping, eye-popping stuff came in the first 15 minutes. I don’t think I blinked during the whole exchange with Richard Spencer it was so transfixing (in the way that a car crash is transfixing).”
Carol Midgley, The Times

“It is already quite something to read about these people and what they say and what they believe. It is something else again to watch one of them say it on camera to a black journalist interviewing him for broadcast.”
Lucy Mangan, The Guardian

“It was a hard documentary to watch. It must have been hard to film as well, for a lone black man at far right rallies, challenging people on their most deeply held delusions. Most of all, though, it was hard to swallow.”
Matt Baylis, Daily Express

“The first episode of this series about Trump’s ascent through first the entrepreneurial world, then the political one, was an insightful, well-made account.”
Jasper Rees, The Telegraph

“This was as much an economic history of New York in the 1970s as it was of Trump; with Nixon gone, the Vietnam War lost and the city skint. But it was key to show the climate in which Trump flourished, securing tax breaks to build luxury hotels and publicly ridiculing anyone who challenged him.”
Carol Midgley, The Times

“The great television lie surrounding Donald Trump is that he’s a hapless incompetent, whose rise has been fuelled solely by inherited wealth. Trump: An American Dream helped to dispel that delusion by showing how coldly Machiavellian the property magnate has been since the start of his career in the Seventies.”
Christopher Stevens, Daily Mail

“Away from the cosiness of the GMB couch, Susanna Reid struck the perfect note of sensitive inquisitor in her interactions with police and family. And yet, as overview of a killing of incomprehensible monstrosity, a chunk of the wider picture felt missing.”
Ed Power, The Telegraph

“With access to the police footage of arrests and interviews in this shocking 2016 case, viewers received a masterclass in the methods of deduction.”
Matt Baylis, Daily Express

“Susanna’s egotism spoiled what should have been a disturbing glimpse into the methods that detectives use to pry secrets out of their suspects in the interview room.”
Christopher Stevens, Daily Mail