“The visuals were sumptuous and the sense of intimacy occasionally extraordinary, yet there was little sense of genuine jeopardy” 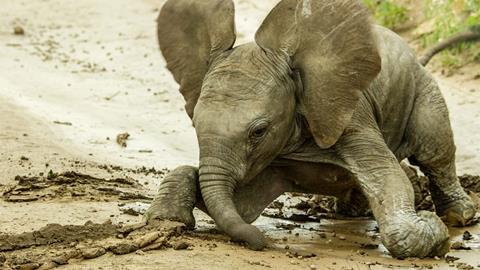 “Uplifting, emotional telly with a soothing narration by the actor Wunmi Mosaku, in whose voice you can often hear a smile. If you’re the sort of person who wells up at One Born Every Minute (I am), you will find much to swell the heart here.”
Emine Saner, The Guardian

“Elevated by the decision to augment Wunmi Mosaku’s amiable voiceover with the observations of the camera operators capturing the action. As well as being an expert behind the lens, [Sue] Gibson knew her pachyderms, clearly communicating information about their behaviour and the perils that Safina would face.”
Joe Clay, The Times

“The visuals were sumptuous and the sense of intimacy occasionally extraordinary, yet there was little sense of genuine jeopardy; after all, you don’t kill off your leading character in the first episode unless you’re Jed Mercurio.”
Gabriel Tate, The Telegraph

“Happy to rely on silly visual gags to generate easy laughs. This is a good thing… You rarely see menstruation depicted on television, in drama or comedy, so full marks to [Roisin] Conaty for taking it on and making it funny.”
Joe Clay, The Times

“You won’t see a better drama all summer… I’ll be absolutely heartbroken if there isn’t a series five. It is hands down one of the best things on television.”
Stuart Heritage, The Guardian