“So watchable that the camera crew should probably be worried” 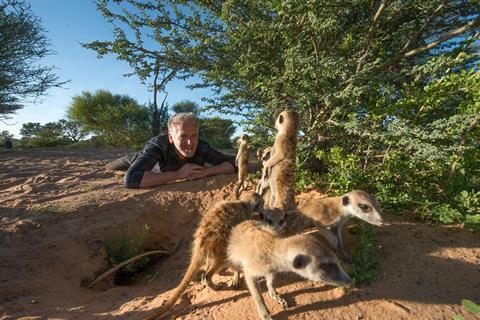 “This programme was so watchable that the camera crew should probably be worried. Gordon Buchanan is a funny, light-touch presenter and the footage gained was glorious.”
Carol Midgley, The Times

“One of the best things about this most impressive feat of film-making was that it wore its technology very lightly. The animals, really, were the only focus that mattered here.”
Gerard O’Donovan, The Telegraph

“Clipping minuscule video devices around the necks of two young animals, nicknamed Eve and Fat Boy, in a wild meerkat colony that is used to humans, he was able to show us exactly how they see the world. That was entertaining enough… But it became extraordinary when Eve dived into her burrow — and the camera switched to night vision.”
Christopher Stevens, Daily Mail

“All this intel is, of course, vital to the people who study meerkats but to TV audiences at home, perhaps it lacked a certain something. Even more lacking, in that regard, were the South Atlantic penguins, whose food-harvesting forays told the scientists a great deal. To viewers, however, it was mostly bubbles and flippers.”
Matt Baylis, Daily Express

“While Louis Theroux, who covers similar ground, is warm and relatable, McDonald is precise and earns trust through his authority; it’s a more old-fashioned journalistic approach. But that’s not to say it lacks emotion. This is a delicately balanced documentary.”
Rebecca Nicholson, The Guardian

“Some situations make rubber-neckers of us all and watching other human beings, however repugnant, live like battery chickens while awaiting their doom will always make compelling television. Sir Trevor’s formal, exceedingly polite interviewing style sounded odd in jail, but it worked: the inmates sang like canaries.”
Carol Midgley, The Times