“Both men displayed the basic likeability and honesty which has been key to their success.” 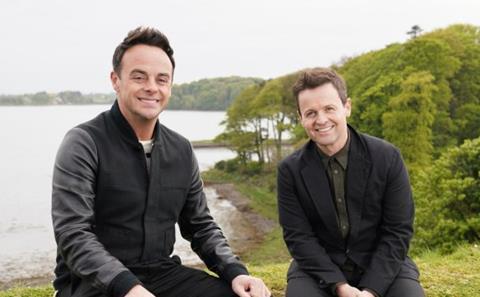 “Essentially a rip-off of the BBC’s Who Do You Think You Are? but three times as long. It was entertaining, for the simple reason that it starred Ant and Dec. Their rapport is so effortless, and they bring such warmth and humour to the screen that you happily sit through a programme which doesn’t exactly contain any thrilling revelations. In its last half-hour, the episode turned into an exercise in reputation management.”
Anita Singh, The Telegraph

“As fascinating as any episode of Who Do You Think You Are?. It was full-scale “confessional TV”. But both men displayed the basic likeability and honesty which has been key to their success. They make ideal subjects for a programme like this because to a generation of viewers they feel like part of the family.”
Jeff Robson, The i

“The real interest lies in a rare opportunity to study the workings of a showbiz friendship. Ant reckoned he would have become a star even if he had never met Dec. His little chum gave thanks earnestly that they were such close buddies, and said their meeting was ‘written in the stars’.”
Christopher Stevens, Daily Mail

“A shocking documentary … Part takedown of our selective and self-congratulatory culture of remembrance, this is the buried history of the establishment’s failure to acknowledge how racism inherent in colonial rule continues to result in the whitewashing of the past.”
Chitra Ramaswamy, The Guardian

“Whatever you think of David Lammy, it was difficult to argue with this powerful documentary. The failure to adequately commemorate the native dead is a stain on Britain’s military history … Lammy’s fury was undisguised, not least when he met the director general of the Commission, Victoria Wallace, for an uncomfortable interview. She began reasonably but ended up appearing defensive and difficult.”
Anita Singh, The Telegraph