“The most viscerally thrilling big-money game show since Who Wants to Be a Millionaire?” 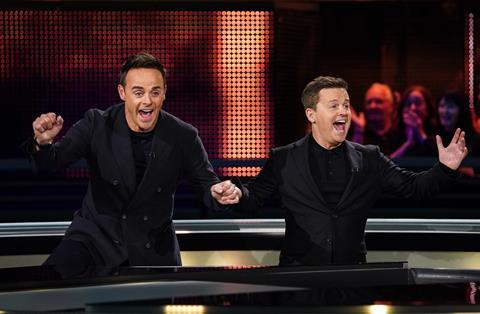 “Ant & Dec’s Limitless Win was the most viscerally thrilling big-money game show since Who Wants to Be a Millionaire?. It’s difficult to truly innovate in the crowded game show market but this format, created by husband-and-wife production team Hello Dolly, felt genuinely groundbreaking. High stakes and real jeopardy meant it was packed with drama.”
Michael Hogan, The Telegraph

“There are only five episodes of Limitless Win in this series but it’s a tense and engaging show perfectly formulated for playing along at home. It might just live up to its name and run for ever.”
Rachel Sigee, The i

“This is a flawed format, and the lads plainly knew it. Every aspect is overly contrived and convoluted. Even the basic idea that all the answers are numerical is confusing, leaving some players tying themselves in knots. But Ant and Dec are lucky stars, and they hit the jackpot in every way with this adorable NHS duo. Their success made thrilling TV.”
Christopher Stevens, Daily Mail

“You will never get as much emotional ‘jeopardy’ in plants battling it out on the floor of the Amazon rainforest, racing skywards to claim the light created when a tree falls, as you will from racer snakes chasing a poor iguana for their lunch. However, David Attenborough’s documentaries rarely, if ever, disappoint, and the time-lapse camerawork here was just magical, the longest camera study of its kind undertaken by the BBC.”
Carol Midgley, The Times

“Whenever you think there’s going to be a moment to catch all the breath you have gasped out in astonishment, they will hit you with something even more full of wonder. I sometimes wonder if the anthropomorphic metaphors annoy purists. But I am not one of them, and if I were I think I would try to take comfort in the trade-off made. What you lose in appreciation of blind forces, you gain in mass accessibility and the rousing of interest in millions of viewers.”
Lucy Mangan, The Guardian

“If there was any doubt that the time-honoured combination of Sir David Attenborough and the BBC Natural History Unit would produce anything less than gobsmacking television with their latest venture, The Green Planet, then shame on the sceptics.”
Gerard Gilbert, The i

“Sir David’s past series have twice won the ‘Must-See Moment’ Bafta – the iguana versus racer snakes chase in Planet Earth II, and a grieving pilot whale mother in Blue Planet II. There was nothing to rival that here, and nothing to pluck at the heartstrings. But there are more episodes to go. If anyone can succeed in getting the nation talking about a plant, Sir David is the man.”
Anita Singh, The Telegraph

The Killer Nanny: Did She Do It?, Channel 4

“ITV rather spiked Channel 4’s guns last year by seeming to rush out its documentary on Louise Woodward three months before the 25th anniversary of baby Matthew Eappen’s death. But despite its horribly tawdry title, The Killer Nanny: Did She Do It? was a more decorous and in-depth affair, tracing the original paramedic called to the Eappens’ house in Boston, Massachusetts, and interviewing the lead detective and prosecutor who were present at the baby’s autopsy.”
Carol Midgley, The Times

“There is plenty of detail here, and the researchers have done a thorough job. But there was an awful sensationalism to the presentation: dramatic music, a recreation of the ambulance drive to the Eappen house, and an opening sequence featuring dramatic quotes: ‘There was a dead baby – someone had to pay.’ The subject was ill-served by such tacky treatment.”
Anita Singh, The Telegraph