“Atlanta is the Great American Novel trapped inside a flatscreen TV” 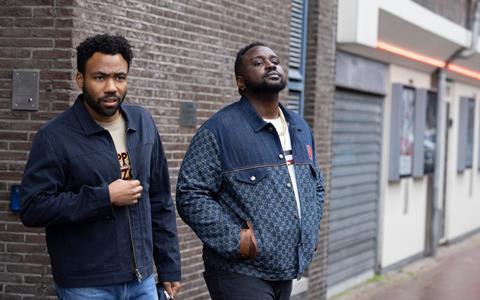 “Just when you think you’re watching a whimsical stoner-comedy, it grabs you like a dead hand reaching up from a haunted lake, and reminds you of the absurdist horror lurking beneath. Opening a new season with such a narrative non-sequitur would be a bold move for any other show, but here it makes perfect sense. This is television as likely to take inspiration from internet memes and 90s kids cartoons as from a Palme d’Or-winner’s canon.”
Ellen E Jones, The Guardian

“Atlanta’s high-minded, Afrosurrealist, unfiltered views on black America and white Europe wouldn’t seem out of place in another art form, but in the cosy confines of a TV series (on Disney, no less) it seems an act of staggering radicalness. It goes without saying that it is a show with a strong flavour and it won’t be for everyone, but Atlanta is a true great of the form, making other comedy-dramas feel like the toy you get inside a Kinder Egg. Atlanta is the Great American Novel trapped inside a flatscreen TV.”
Chris Bennion, The Telegraph

“Endangered, which explored the threats to press freedom and the increasing attacks on journalists globally, often by governments and the police, was a thoughtful, depressing and, if you’re a journalist, utterly enraging documentary.”
Carol Midgely, The Times

“This film about the importance of journalism was frustratingly light on actual journalism. Why are local newspapers closing? Why is faith in traditional journalism leaching away? What role do bad actors play? Watch The Undeclared War on Channel 4, a fictional tale, and you will learn far more about troll farms and coordinated fake news campaigns than you will here.”
Anita Singh, The Telegraph

“Lenny Henry’s Caribbean Britain, charting the massive contribution that British-Caribbean culture has made to the arts, looked back more in celebration than anger. Although had the latter been the case, it would have been perfectly understandable.”
Carol Midgely, The Times

“Call it uninspired, but the Great British Sewing Bee’s format has been copy-pasted (most notably from the Great British Bake Off) because it works. This isn’t TV for people with ‘revolutionary’ on their viewing bingo boards, but I’ll go out on a limb and say here that it probably wasn’t a term bandied about in the writers’ room much either. Sewing Bee is a well-made show about nice people.”
Emily Watkins, The i