Back in Time for Birmingham; How to Hire a Hitman

“The Sharmas’ likeability helped to make this an enjoyable watch” 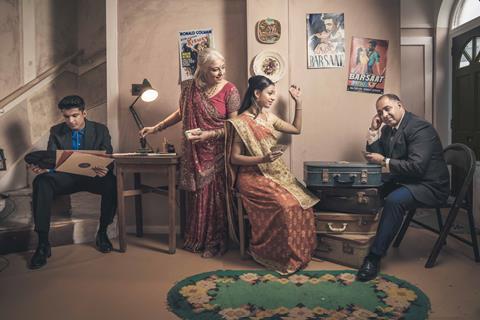 Back in Time for Birmingham, BBC2

“The Sharmas’ likeability helped to make this an enjoyable watch. And it’s always an excuse to wallow in nostalgia: this week a TV set with wood surround, next week a mustard Austin Allegro and the wonder that was Angel Delight.”
Anita Singh, The Telegraph

“The series takes a family and plunges them into the living conditions of the past, where they discover — to nobody’s astonishment — that life was more uncomfortable and less sophisticated. The Sharma family tackled the challenges with optimism and charm, although there was a sober moment when they watched Enoch Powell’s Rivers Of Blood speech on a black-and-white television set, stony-faced with disbelief and fury.”
Roland White, Daily Mail

“Back in Time for Birmingham was a reminder of how cushy some of us have it today. It recreated what life was like for men coming over from India and Pakistan to do gruelling manufacturing jobs in the 1950s, living in run-down shared houses where they didn’t just not have their own room, they didn’t even have their own bed. The most valuable part of these series is not the costumes or the role-playing, but the sense of gratitude they engender in people now. ‘I have got nothing but respect for them,’ said 19-year-old Akash. Let’s see if he’s still saying that in the next episode when he has to wear 1970s platforms and loons.”
Carol Midgley, The Times

How to Hire a Hitman, Channel 4

“The panoply of ways on display in which the human race is utter garbage is quite something. If I found myself wishing presenter Yinka Bokinni would give a little more time to reflect on the facilitation and normalisation of crime – which she does touch on, along with the possible ‘radicalising’ role of figures such as Yura, as they feed clients’ feelings back to them in pursuit of further payments – I equally found myself glad she didn’t. When you stare into the abyss of the dark web, it will look back.”
Lucy Mangan, The Guardian

“Bokinni is a young DJ and ‘true-crime enthusiast’ whose presentation style bears the influence of podcasts. ‘Is this our reality now? Whose name could be sitting on a list? Is it someone watching this show? Is it you?’ she asked dramatically, staring straight into the camera. But her enthusiasm and informal style did prevent the documentary from flagging when the material failed to live up to its billing.”
Anita Singh, The Telegraph

“It would obviously be reckless to upset anybody who knows so much about hiring assassins. So let me say, hand on heart, that this was certainly the best programme I have seen on the subject on Channel 4 at 10pm last night.”
Roland White, Daily Mail