Back; Storyville; House of Games 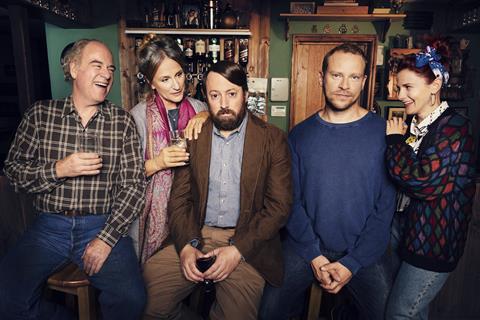 “What a comfort it is to have David Mitchell and Robert Webb back. It took 12 minutes for them to appear together in a scene, which is when the pace accelerated, but Simon Blackwell’s lean, fizzing script provided quality LOL moments from the off.”
Carol Midgley, The Times

“This series came galloping out of the sitcom stable with thoroughbred credentials. It didn’t disappoint. Characters were skilfully drawn. The fictional world arrived fully fleshed out, with none of that clumsy scene-setting you often get with a sitcom opener.”
Michael Hogan, The Telegraph

“It’s a classic cuckoo-in-the-nest tale, the easy, glib Andrew already beginning to elbow awkward, overlooked Stephen out of the tree while being charming to him. The gags are splendid and the set-ups howlingly funny.”
Matt Baylis, Daily Express

“Back doesn’t have the most straightforward of premises; it takes a bit of setting up. But that’s done well, and it’s worth the effort, because once you’re on top of things, it’s an interesting place to be.”
Sam Wollaston, The Guardian

“Comparisons to Peep Show are inevitable but Back – for all that its lead characters, inevitably, look and sound pretty much exactly the same as Mark and Jeremy, is a quite different, quite intriguing proposition. As for Mitchell and Webb, their chemistry and ability to rub each other up the wrong way is still undeniable.”
Alice Jones, The i

“House Of Games uses every type of trivia question ever devised, and then comes up with more. It’s an imagination eruption, a brainbox effervescence. But nobody likes to feel stupid — and this show leaves viewers floundering.”
Christopher Stevens, Daily Mail

“At 85 minutes, this ponderous film would have benefited from judicious use of the editing-suite scissors. The case itself got mired in multi-agency red tape and the film did too, meaning momentum sagged in the middle.”
Michael Hogan, The Telegraph