Baghdad Central; Inside No. 9; Shock of the Nude with Mary Beard

“A superior drama that hooks you with a well-worn premise” 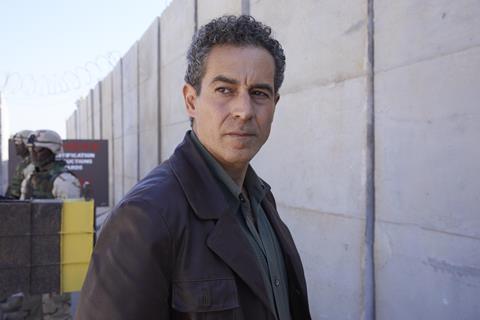 “After seven seasons of Homeland, it’s nice to see an Iraq war-set thriller that centres on Iraqi lives for a change. Besides some great dialogue, Elliot Colla has gifted Channel 4 with a central character rooted enough to sustain several more series should this find its audience.”
Ellen E Jones, The Guardian

“Adapted by Stephen Butchard from the novel by Elliott Colla, this is a superior drama that hooks you with a well-worn premise – a father desperately searching for his missing daughter – but goes much deeper, asking uncomfortable questions about the West’s responsibility in the Middle East.”
Anita Singh, The Telegraph

“Waleed Zuaiter was convincing as Khafaji, a brooding ex-cop in Baghdad whose wife is dead and who needs to protect his daughters. The programme’s strength is in showing events chiefly from Iraqi citizens’ perspective. I can see this noir is well done, but I’m not sure I have the stomach for a whole series.”
Carol Midgley, The Times

“While the storyline was sometimes difficult to follow, the calibre of performances – particularly from lead Waleed Zuaiter as police officer Muhsin al-Khafaji – and dramatic momentum, propelled by an intriguing score, were enough to keep even the most confused watching.”
Emily Baker, The i

“This is hard-bitten crime noir, where nobody can be trusted and everyone is corruptible. The production has the look of a French arthouse film, where men mooch in widescreen down dust-swirled streets at dawn with their hands in their pockets. Despite the fragmented confusion of the first 20 minutes, this promises to be a dark, tense drama.”
Christopher Stevens, Daily Mail

“This pacy half-hour boasted many of Inside No. 9’s trademarks: a claustrophobic single-room setting, a rug-pulling plot twist and a Tales of the Unexpected-style final frame. In this era of prestige box sets and too-much-good-TV, Inside No. 9 is a blast of fresh air. It’s a quick but high-quality hit.”
Michael Hogan, The Telegraph

“There will inevitably come a time when Steve Pemberton and Reece Shearsmith run out of ideas for Inside No. 9. On the latest evidence that day has not yet come. Not even close. This was a testament to the dark inventiveness of the writers who make the concept work whether it is comic, macabre or poignant.”
Carol Midgley, The Times

Shock of the Nude with Mary Beard, BBC2

“The thing about documentaries like this is that, in order to get commissioned, the presenter must take a position. You don’t have to agree with it. Beard is simply inviting you to consider the possibility that the boundaries between art and pornography may be blurry.”
Anita Singh, The Telegraph

“The objective of this doc was to find out when art ends and pornography begins. Beard’s enthusiasm for her subject shone in every moment of this investigation. In the end, her investigation told a familiar story about the objectification of female bodies.”
Emily Baker, The i

“This was her full-frontal assault on the tradition of bare female flesh in Western art. That’s it, then. Rubens, Titian, Botticelli, Velazquez — just pervs with paintbrushes. Lucky for Picasso that he’s dead, the dirty racist, or he’d really be in trouble on Twitter.”
Christopher Stevens, Daily Mail