Barrymore: The Body in the Pool; Death in Paradise

“A clear-eyed examination of why this case should remain in the spotlight.” 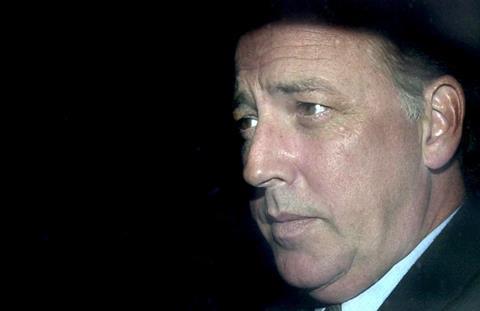 Barrymore: The Body in the Pool, Channel 4

“The documentary had its faults, but it performed its central duty well. It restored Lubbock’s suffering and death and his family’s enduring misery to primacy.”
Lucy Mangan, The Guardian

“Barrymore: The Body in the Pool was not just a scrupulous documentary, it felt like a prelude to a breakthrough. Inevitably there was much material we had heard before. However, seeing the facts slickly packaged, interwoven with old Barrymore interviews and tracing the taxi driver who took some of the group back that night it does seem extraordinary that a death with so many people present was never solved.”
Carol Midgley, The Times

“Barrymore: the Body in the Pool was a clear-eyed examination of why this case should remain in the spotlight. The film was a hybrid: part cold-case investigation, part dissection of Barrymore’s rise and fall. It was stronger on the latter, but even as a retread of the facts it was compelling to watch.”
Anita Singh, The Telegraph

“The film replayed events over 90 minutes and repeated in graphic detail the severity of the injuries Lubbock sustained, all in a bid to find out… what, exactly? We have reached no new junction in the legal proceedings, no new evidence has come to light, there is no big imminent anniversary of the case, and there has been no new access to Barrymore. So stirring up these painful memories seemed to serve no purpose other than to feed the kind of unsettling, morbid obsession that was so indulged in the first place.”
Sarah Carson, The i

“Ralf Little as the new fish-out-of-water detective, Neville Parker, has big sandals to fill. And fill them he did, with aplomb and a likeable comedic touch shored up by his character being allergic to everything — chickens, sun, insects, heat. He is also clearly an ocean-going hypochondriac.”
Carol Midgley, The Times

“Little brought a light touch and deft comic timing. Mumbling into a dictaphone, spouting nerdy facts and running through his repertoire of nervous tics, he made the role his own and was really rather good. Handily, he also represented a clear departure from the horizontally laid-back O’Hanlon. His character felt like a return to the bumbling Ben Miller days. As its youngest star yet, Little might just give Death in Paradise a new lease of life.”
Michael Hogan, The Telegraph

“Seven years after Ben Miller’s departure, Ralf Little can be the detective that Death In Paradise was always meant to have. His anxious, asthmatic DI Neville Parker is allergic to sun, sand, heat, seawater, pollen and dust. When he met Harry, the little green lizard who shares his bungalow on the beach, his shrieks could be heard in Jamaica. It’s delightful to see such a popular show return to its original format.”
Christopher Stevens, Daily Mail