Bears About the House; Fear City; Mrs America; Love on the Spectrum

“While there was plenty of footage of cubs being adorable, that only made the context more horrific” 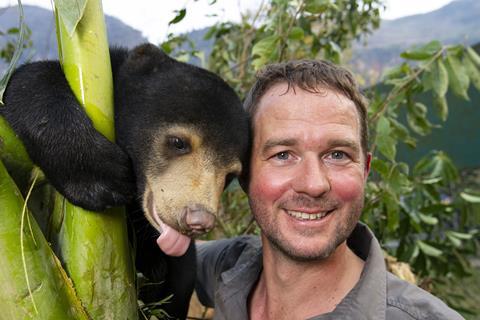 Bears About the House, BBC2

“The title of Bears About the House (BBC Two) wasn’t exactly misleading – it featured bears, romping about the house – but it suggested a Bears Do the Funniest Things-type of show for all the family. While there was plenty of footage of cubs being adorable, that only made the context more horrific: these were animals rescued from unimaginable cruelty. In this second episode, their rescue did not have a happy ending.”
Anita Singh, Telegraph

“With so much to squeeze in to just two episodes, the narrative became bitty. This film really needed a third hour to do it justice. In particular, the aftermath of a break-in at the sanctuary, where poachers stole two rescued bears that Giles had nurtured as cubs, was rushed. Viewers needed more time to come to terms with a genuinely upsetting crime.”
Christopher Stevens, Daily Mail

“Television hasn’t wanted for portrayals of Mob life over the years, but Netflix’s new three-part documentary Fear City suggested David Chase, Martin Scorsese et al may have undersold the ludicrous macho realities of the New York Mafia. The braggadocio, the monikers (Ralphie, Paulie, Fat Tony), the endless swearing (“you f***in’ bum”, “I’ll sever your mother***ing head off”) – this one had the lot.”
Gabriel Tate, The i

“These were two great episodes in which [Cate] Blanchett, batting her eyelashes irritatingly at the blatant sexism from her bullying, entitled husband, remains the significant energy force. However, Elizabeth Banks as Jill Ruckelshaus, a Republican feminist, was a robust addition. Their conversation at the bar — “Motherhood is freedom, Jill!” — was sharply written, Schlafly blaming the women who are sexually harassed by male politicians for “inviting it”, with Ruckelshaus appalled.”
Carol Midgley, The Times

“Blanchett’s performance is a masterclass. You could watch an episode with the sound off and read the whole story in her changes of expression: the ruthlessness, intelligence and vulnerability. Some smiles mask hurt, others conjure up the White Witch of Narnia.”
Anita Singh, Telegraph

Love on the Spectrum, Netflix

“At first glance, Love on the Spectrum (Netflix) appears to be an Australian version of The Undateables, without the crude name, and specific to following the dating lives of people on the autism spectrum. But if the wealth of dating shows out there have taught us anything, it is that first impressions can be misleading, and often, you don’t see the twists coming. While I continue to love The Undateables, this five-part newcomer feels more of its moment, taking the time to explore the lives of its participants in greater depth, which results in a programme filled with joy, warmth and insight. It is frequently very funny, but crucially, that is never at the expense of anyone on camera.”
Rebecca Nicholson, The Guardian