“An outstanding, honest documentary that reminded the able-bodied of what hurdles the disabled face at every turn” 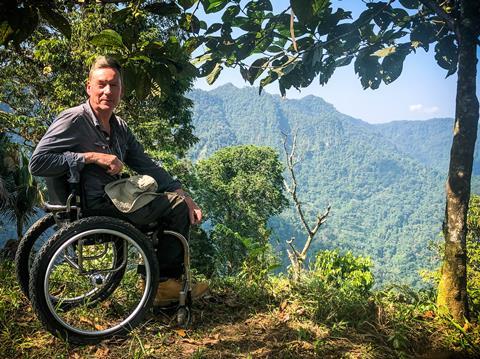 “It was an outstanding, honest documentary, especially in that it reminded the able-bodied of what hurdles the disabled face at every turn. The scene when Gardner had to wait for lift after lift, packed with able-bodied people at BBC Studios, nearly missing his slot on the Six O’Clock News, was excruciating.”
Carol Midgley, The Times

“First-person pieces often have a self-discovery narrative. Sometimes it’s not terribly convincing. This was one of those rare occasions when you could sense growth. We ended with Gardner skiing in the Alps. An uplifting sign-off to an inspirational film.”
Michael Hogan, The Telegraph

“Being Frank: The Frank Gardner Story did not flinch as it depicted the damage done by six bullets from an Al-Qaeda assassin on a Saudi street. Cameraman Simon Cumbers was killed. This film’s only mis-step was that we didn’t learn more about him.”
Christopher Stevens, Daily Mail

“The excesses of celebrity culture are easy pickings for satirists, and this show’s immediate problem is that so many others have been there before. Counting in Maxxx’s favour, however, is an evident willingness to squeeze these familiar characters and set-ups for every last drop of comedy.”
Ellen E Jones, The Guardian

“The five-part series has been stunningly well filmed. The low-light lenses are exceptional, the drone shots spectacular. Thanks to 20 years’ experience with filming the jungle challenges on I’m A Celebrity, ITV crews do this better than anyone. That makes it all the more bizarre that the show itself is so awful. Still, to my shame, I haven’t missed a minute.”
Christopher Stevens, Daily Mail