Black Power: A British Story of Resistance; The Irregulars; The Pizza Boys; Shtisel

“This was a mesmerising, horrifying piece of social history that should be shown in schools” 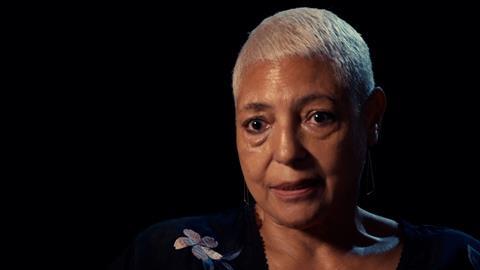 “Some of the most affecting moments in Amponsah’s film come not from activists, but from two former Met officers. One breaks down in tears while describing how he witnessed a colleague severely beating a black man in his cell: “I was kind of ashamed I was there, but I didn’t say anything … I didn’t have the courage to do that.” Another suggests with a waggish smile that, in fact, he was the victim: “Not believing that I would do a professional job? Y’know … who had the prejudice?” Both of these examples are as useful to our understanding of how racism manifests itself in Britain as the most dramatic footage from a National Front rally.”
Ellen E Jones, The Guardian

“A lot of ground was covered in this film, executive-produced by McQueen, from Darcus Howe to Michael X, to a disgusting racist slogan about who you would get for a neighbour if you voted Labour. This was a mesmerising, horrifying piece of social history that should be shown in schools.”
Carol Midgley, The Times

“The programme was billed as “the forgotten story of the rise and fall of the Black Power movement” – forgotten not just by the white majority, it suggested, but by Black Lives Matter activists. “Youngsters should appraise themselves of what has gone before,” said the poet Linton Kwesi Johnson. There speaks the voice of experience.”
Anita Singh, Telegraph

“The series isn’t perfect; it’s tonally confusing, the pacing is wonky and the gleefully hammy horror scenes and adolescent love storylines place it firmly in the teen category, bringing to mind wholesome BBC series such as His Dark Materials and Doctor Who. Darker themes, however, suggest it is also trying to hook adult audiences. (Not to mention the fact that its gorier moments will traumatise the hardiest of grown ups, let alone children.)”
Gwendolyn Smith, The i

“Though never less than a romp, The Irregulars is puckishly irreverent towards Holmesian lore, feeling as much inspired by 19th-century ghost stories as by Arthur Conan Doyle. But it at least tries to be different. And whatever hardcore Baker Street buffs make of it, lovers of hokum will find the time passing at a giddy clip.”
Ed Power, Telegraph

“It’s a charming twist on food and travel, but the rest of the evening’s telly made for challenging viewing — unless you still had room for a double bill of MasterChef on BBC1.”
Christopher Stevens, Daily Mail

“Shtisel’s strength is that it is gently paced yet an awful lot is going on. All your lockdown escapism needs are here.”
Carol Midgley, The Times