“From outrageous government U-turns to stockpiling groceries, to the encouragement of neighbourly suspicion, it felt eerily familiar.” 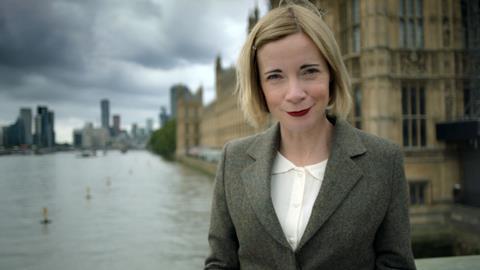 “The device of having actors monologuing to camera was a touch mannered. Their words, taken from real diaries and Mass Observation entries, certainly conveyed the traumatic experiences of six everyday heroes but, with some heavy use of slow-motion towards the end, it felt like history at its most tear-seeking. A hard-hearted view perhaps, but the straight details and descriptions of the Blitz and its heroes were powerful enough.”
James Jackson, The Times

“She was intent on proving that Blitz spirit was a propaganda invention. All she really managed to prove is that history depends on whose voices are heard. Dr Worsley dug up examples of snobbism and class friction, as she pushed her narrative that London was a city divided. Why she wanted to do that is hard to fathom, but it smacked of an unspoken anti-Brexit bitterness.”
Christopher Stevens, Daily Mail

“A programme about one national crisis made during another will inevitably uncover parallels but, even so, it was alarming how much was pertinent. From outrageous government U-turns to stockpiling groceries, to the encouragement of neighbourly suspicion, it felt eerily familiar. If it sounds disparaging to question the morale of those who lived through the Blitz, this documentary did the opposite. The reimagining of Britain’s ‘finest hour’ argued that true respect means acknowledging the reality rather than fuelling a myth.”
Rachael Sigee, The i

“There is nothing wrong with trash. But this is just bad TV. Regressive, derivative, horribly written, filled with one-dimensional characters and clearly made by someone unable to imagine that what is on screen might be harrowing rather than entertaining to great portions of its intended audience.”
Lucy Mangan, The Guardian

“It’s a folksy, quirky drama about the inhabitants of a Montana town that gets straight down to hokey charm with some catfighting fun at the detective agency, until — what’s this?! — the local loner violently kidnaps a trans sex worker by stunning her half to death with a cattle-prod. From Northern Exposure to The Silence of the Lambs in ten minutes flat. Mickey Mouse is getting homicidal.”
James Jackson, The Times

“Commendably, the programme engaged with nuance around the issue, particularly the idea that some victims are more deserving of sympathy than others. A powerful and uncompromising documentary that centred its subjects and afforded them the dignity they had been denied.”
Rachel Sigee, The i