“It is immensely satisfying to watch a crime drama knowing you’re in a safe pair of hands. The experience is rare.” 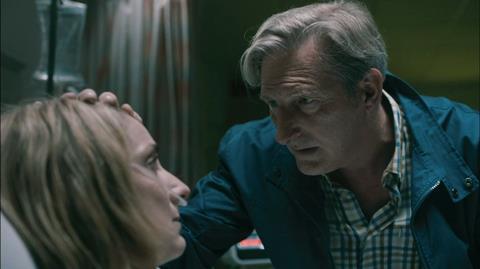 “One of the strongest dramas of recent years … Anyone wondering if the show’s writer and creator, Sophie Petzal, could wring more out from the family saga need not have worried. It is immensely satisfying to watch a crime drama knowing you’re in a safe pair of hands.”
Rebecca Nicholson, The Guardian

“Channel 5’s steadily improving drama slate tends to get unjustly overlooked ratings-wise and this was no different. Petzal’s taut, knotty scripts unfurled their mysteries slowly, with long-buried secrets, betrayal, denial and family dysfunction bubbling up at every turn. The resulting psychological thriller was eerie, engrossing and packed a poignant punch.”
Michael Hogan, The Telegraph

“The story flicks back and forth in time, sometimes giving the impression that we’re trying to complete a double-sided jigsaw in our heads. But every piece fits, and each flip of the picture reveals something new. Don’t get sidetracked by the shocks and surprises or you might miss the next clue. Blood continues all this week, with a double bill to finish on Friday. The first part was slow to catch light, but was well ablaze before the hour was up.”
Christopher Stevens, Daily Mail

“The programme has been thrown together at the last minute and has the air of a disjointed Zoom catch-up but needs must. It has a meandering, makeshift charm, with Perry conducting conversations online and chatting away companionably to his wife. He delighted in the eccentricity of a man who makes portraits out of soy sauce and noodles. The programme was all over the place, but at its best it was rather fun.”
Anita Singh, The Telegraph

“The informality captures a very different family portrait: bare-faced, hair matted from sleep, dressed in utilitarian studio garb, Grayson and Philippa seem vulnerable, honest and kind. I had hoped to be entertained by this show: I had not expected to be so moved. In the past, the conventional documentary formats imposed on Perry have annoyed me. Circumstantial it may be, but the improvisatory looseness of Art Club is a much more interesting proposition.”
Hettie Judah, The i

“It’s a fun concept: the chasers are good value and seem to enjoy peacocking. This first episode also enjoyed some charismatic contestants, including a priest who flubbed a question about a saint. However, the format may have been a little too simple. Over the course of an hour, it felt a bit repetitive. No doubt by Friday (it’s on every night this week) it’ll feel very repetitive indeed.”
Barbara Speed, The i

“Normal People is adapted from a bestselling novel, and it shows. Practically none of the scenes in the first two half-hour episodes, shown back-to-back, felt as if they were written for TV. We were shown banal locations —a school corridor, a classroom, a teen’s bedroom — and left to guess what was going on in the characters’ minds as they stumbled for words or stared out of windows. That can work in a novel, with its internal monologues, but not on television.”
Christopher Stevens, Daily Mail