“It is the kind of telly that makes you wish you had a bigger one, possibly even a cinema, to watch it on.” 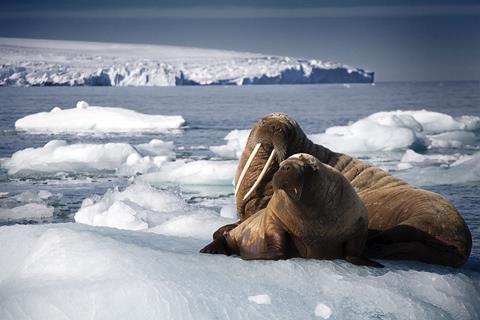 “This was hypnotic, humbling, majestic television at the top of its game. By comparison anything Hollywood razzmatazz has to offer looks positively beige.”
Carol Midgley, The Times

“Here was the Beeb at its most majestically Reithian. An enchanting magic lantern show of underwater moments knitted together with a narrative that offered a profound lesson in the threat posed by environmental degradation.”
Cahal Milmo, The i

“The sheer hypnotic beauty of the deep is this show’s biggest draw. It is the kind of telly that makes you wish you had a bigger one, possibly even a cinema, to watch it on. It is also, in contrast to much natural history programming, full of hope.”
Matt Baylis, Daily Express

“The giant trevally fish was the most astonishing, staggering sequence in an hour of extraordinary stories.”
Christopher Stevens, Daily Mail

“The usual moan about the music: too much of it, too in-my-face. Otherwise, wow.”
Sam Wollaston, The Guardian

“Theroux treated anorexia and these women with great sensitivity in this bleak, bleak hour. But you came away with the sinking sense that at least two of these patients would never be rid of it.”
Carol Midgley, The Times

“Theroux’s style remains controversial, with some maddened by his tendency to stand back and waggle his brows in low key perturbation. Here, empathy and the ability to simply shut up as required were exactly what was needed to win the confidence of the interviewees. Talking To Anorexia was an important and humane exploration of a condition which, despite its pervasiveness, is dangerously misunderstood.”
Ed Power, The Telegraph

“A thoughtful., compassionate film by documentary-maker Richard Alwyn about adults who have suddenly lost the knack of language.”
Matt Baylis, Daily Express