“A documentary that brought out the sheer vibrancy of its subject exceptionally well.” 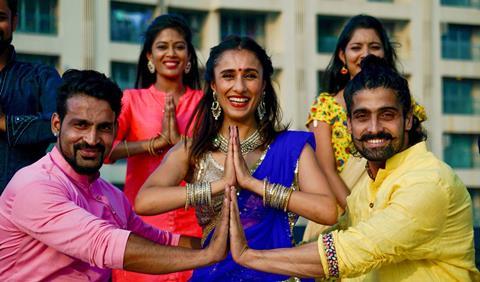 “Brash, loud, uplifting, saturated with action, colour, song and dance, Bollywood: The World’s Biggest Film Industry was a documentary that brought out the sheer vibrancy of its subject exceptionally well. It all made for a vivid and engaging introduction to one of the most vibrant creative industries in the world, and the people at its core.”
Gerard O’Donovan, The Telegraph

“Anita Rani, so exuberant that pharmaceutical companies are even now covertly appraising her DNA for clues to the next generation of happy pills, was the perfect match of presenter and subject. But it was the individuals who made the programme, none more so than the veteran sound engineers using old shoes, plastic bottles, discarded car doors and other junk to make ingenious sound effects in a basement room that looked as if it belonged to the world’s worst hoarder.”
Gerard Gilbert, The i

“Mark Gatiss did a lovely rehabilitation job of this artist and illustrator who committed suicide in 1957 at the age of 39. By the end, you really cared about this man whose sketchy life frequenting Soho drinking dens and crying on the doorsteps of men whom he could never successfully seduce seemed like something out of a Patrick Hamilton novel.”
Ben Lawrence, The Telegraph

“I was rapt from start to finish, barely noticing an hour had passed — remarkable given that until last night I hadn’t even heard of Minton. Gatiss, who not only wrote and presented this documentary but paid for it too, turns out to be a good art critic, which is annoying since he is also a very talented screenwriter, actor and comedian and was part of one of my all-time favourite comedies.”
Carol Midgley, The Times

“Gatiss speaks not as an art historian but as an informed superfan, one who truly gets him. It is this identification with the subject that makes this more than an informed documentary about an artist you (OK, I) have never heard of. It is a personal, poignant, melancholy portrait, with moments of optimism and joy.”
Sam Wollaston, The Guardian

”You could locate numerous stern morals in this tragic tale, but in the film’s author, Minton has found a deeply sympathetic memoirist.”
Gerard Gilbert, The i

“Jamie back in his British kitchen is one of telly’s most aggravating characters. He’s annoying on holiday too. Still, the scenery and the dishes looked so authentic that it’s impossible to be harsh on him.”
Christopher Stevens, Daily Mail

“This was visually lush television and Oliver can never be accused of lacking enthusiasm.”
Carol Midgley, The Times