“It wasn’t celebrity culture that got shamed here, but a society which has turned its back on vulnerable children” 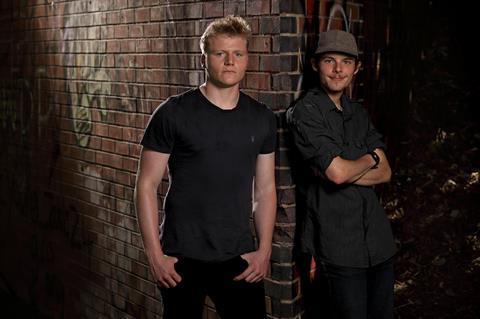 “I wasn’t expecting much from this opener because I usually find Gordon Ramsay charmless, rude and unpleasant to watch. But his son, Jack, educated at Dulwich College, was lovely, modest and aware how very fortunate he is.”
Carol Midgely, The Times

“If Ramsay Jr had no particular insights to offer into the inequality of opportunity, he wasn’t really supposed to. He was only there to be gobsmacked by it all. But he never seemed that fazed – everybody was so nice to him. It was, in the end, a false exercise, not helped by Gordon’s subsequent refusal to accept its most basic premise: that in many ways, the young of modern Banbury have it even harder than he did.”
Tim Dowling, The Guardian

“We actually met a very thoughtful young man in Jack Ramsay, who spent a humbling week on the Bretch Hill estate in Banbury, Oxfordshire where his father’s parents had run a newsagent’s. It wasn’t celebrity culture that got shamed here, but a society which has turned its back on vulnerable children like George.”
Helen Brown, The Telegraph

“You’ve got to hand it to C4, this was an equal opportunity show. We were invited to sneer equally at poverty and privilege. One slight flaw in the format was visible from the instant Jack arrived in Bretch Hill. Narrator Elizabeth Carling seemed certain the locals were poised to kill and eat the lad, but to an unbiased eye the estate looked well maintained, friendly and pleasant.”
Christopher Stevens, Daily Mail

The Conjoined Twins: An Impossible Decision

“I’m a fidgety TV viewer: always switching positions and pottering off for snacks. But I sat increasingly still throughout this programme. Paralysed – like Ibrahima – by the choice. When this gentle giant of a father finally wept, so did I.”
Helen Brown, The Telegraph

“Wisely, the film, which held me transfixed, tussled with ethics rather than judgment: just because you can operate, should you? Who has the right to choose the fate of a child? Wherever you stood on the debate, this was a portrait of a hugely courageous man in unthinkably heartbreaking, terrifying circumstances, with two happy daughters, who are bursting more in personality each day.”
Sarah Carson, The i

“Ibrahima was a gentle and respectful man, who nevertheless listened to his instincts. He could not bring himself to condemn one child to death and risk the other’s life, no matter how often the consultants told him this was the rational course. Eight months later, Marieme and Ndeye are still alive. Medicine is wonderful, but a father’s love can be miraculous.”
Christopher Stevens, Daily Mail