Britney vs Spears; The Great British Bake Off; Standing Firm

“A confusing, inaccurate and unbelievable whole” 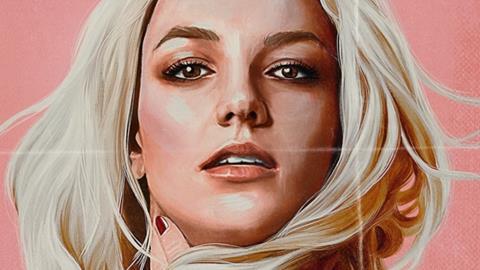 “The documentary follows a standard chronological narrative, zipping through the successes of the early years before homing in on troubled times. It often has the feel of a schlocky true crime documentary, with film-maker Erin Lee Carr and the journalist Jenny Eliscu shown riffling through papers, or sticking name tags on pictures showing the main protagonists. Any time Jamie Spears is mentioned we get a slow zooming shot of his face.”
Michael Cragg, The Guardian

“If you like slow zooms in to words and phrases then you will find a lot to enjoy about Britney v Spears, which makes up for its lack of original footage with lingering shots of legal documents and statements. It builds something like a cubist snapshot of Britney’s situation with the same events rehashed from differing perspectives, adding up to a confusing, inaccurate and unbelievable whole. Like all of the recent Britney documentaries, this film adds no new information, no illuminating new perspective.”
Kate Solomon, The i

“Britney vs Spears has the slight ill-fortune of arriving on Netflix just four days after Controlling Britney Spears, a sequel to the Emmy-nominated New York Times documentary Framing Britney Spears. Whatever the murkiness of the two New York Times documentaries, they’ve at least moved the needle slightly in terms of Spears’s autonomy. Britney vs Spears offers little of the same real-world pay-off.”
Adam White, The Independent

“Though we’ve reached only the second week of The Great British Bake Off, the showstoppers are already sensational. This is no longer a cake competition for enthusiasts — it’s a perfection parade. The baked confections on show in this week’s final round were worthy of any Parisian patisserie.”
Christopher Stevens, Daily Mail

“The newbie bakers had to create biscuits based on favourite childhood toys — with interactive moving parts. Isn’t it a bit early in the series for such fiendishly tough tasks? Not when you have contestants with a master’s degree in physics. Jürgen sometimes seems a bit too intelligent for this reality TV lark, as if he should be applying his knowledge of mechanics and relativity to some crucial project instead, while quietly listening to Einstürzende Neubauten. All of which is to say that the bar has been set high for this latest run of the hit show.”
James Jackson, The Times

“Was The Great British Bake Off always this gentle? I realise Bake Off’s USP is its status as warm, cosy comfort TV in a cruel and barbarous world, but this latest series has turned the show from ‘lying under a duvet eating crisps’ comfort to ‘lying in bed at an old people’s home being spoonfed a liquidised roast dinner’ comfort. Last year, it gently ushered us through lockdown. This year, it feels like it’s gently ushering us through a Swiss clinic.”
Chris Bennion, The Telegraph

“Standing Firm: Football’s Windrush Story is a 90-minute history lesson as damning and necessary as David Olusoga’s book Black and British, tracing a mazy run through black experience since the Windrush docked at Tilbury in June 1948.”
Stuart Jeffries, The Guardian