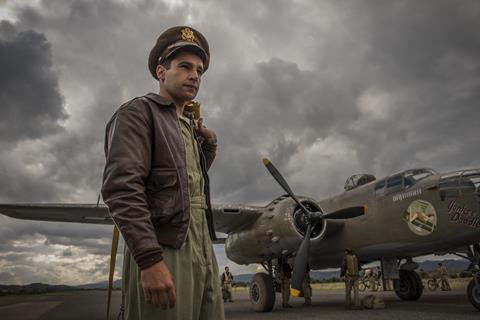 “Ultimately, the first episode of Catch-22 succeeded because it was able to make the viewer care about its characters. Its sense of loss and creeping madness was deftly woven into a narrative that was often laugh-out-loud funny.”
Chris Harvey, The Telegraph

“The six-part series is an inevitable blockbuster: first, because it marks George Clooney’s return to TV 20 years since his final shift on ER and second because it is witty, exciting and absorbingly cinematic.”
Sarah Carson, The i

“It looks great and the cast is top flight. The only potential problem is Catch-22’s own catch-22 – how to keep up the pace and energy of an essentially nihilistic drama; a study in the meaningless and futility of war and, ultimately, life?”
Lucy Mangan, The Guardian

“Good, wasn’t it, the opening episode dramatising Joseph Heller’s ‘unfilmable’ satirical novel about the absurdities of war in a linear, repackaged way? Those aerial scenes alone made it worth watching. It’s not easy to snap back to a comical tone and big-band music after scenes like that. Mostly, though, it straddled that line between the beautiful and the horrible artfully.”
Carol Midgley, The Times

“For all its state-of-the-art computer graphics, this first episode felt hopelessly out-of-date, like a stoned hippie who went into a trance during the Summer of Love and woke up in 2019 unaware of his complete irrelevance. Spectacularly expensive as it all looked, the show is caught in its own Catch-22 — it’s the story that couldn’t fully be told until it was too late to mean anything.”
Christopher Stevens, Daily Mail

“Fiona Phillips deftly took us through the build-up to its glory days, but let’s be honest, it was more entertaining when giving us snapshots of Green’s recent past. The footage of his angry scuffle with a Sky News team will never not sparkle.”
Carol Midgley, The Times

“I kid you not. In this bizarre, morally bankrupt documentary, which serves as a kind of fetid time capsule for our unconscionable age, more time is given to whether three young women will select a £50 outfit from Topshop or its high-street rivals than to, well, The Trouble With Sir Philip Green. When Green’s fall from grace does come up (although I struggle to detect the grace period), it is quickly subsumed into the myth.”
Chitra Ramaswamy, The Guardian