“Without Stanley Johnson this show would have been pretty dull” 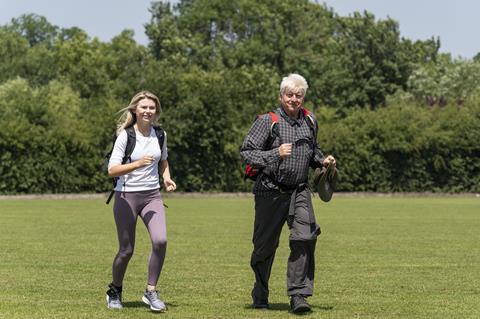 “Without Stanley Johnson this show would have been pretty dull, the only other ‘highlight’ being Gavin Henson and Martin Offiah arguing over a floater in the toilet.”
Carol Midgely, The Times

“Despite his real-life espionage experience, the hapless septuagenarian’s hilarious lack of basic spy-craft skills stole the show. Partner-in-crime Georgia ‘Toff’ Toffolo gnashed her teeth in frustration. Frankly, so did us viewers.”
Michael Hogan, The Telegraph

“If you like reality TV in all its forms then the third series of the ‘celebs off the grid’ spin-off from Hunted should provide a reliable helping of Sunday night schadenfreude for the next five weeks.”
Jeff Robson, The i

“There was, true to X Factor form, one tear-jerking backstory: Martin Bashir’s, who, after a sweet and shy performance of L-O-V-E by Nat King Cole, dedicated his involvement in the show to his late brother Tommy. It was a truly joyous bit of television and the best moment of the episode.”
Eleanor Halls, The Telegraph

Inside the Cage: The Rise of Female Fighters, BBC3

“This likable documentary follows three British mixed martial arts fighters at different stages of their careers. Annie Price is our Dooley-esque host. By the end of the film, Price seems fully immersed in the world of MMA and does a good job of persuading viewers of its appeal to both spectators and participants.”
Rebecca Nicholson, The Guardian

“The charm of lovable old thesps Peter Davison and Christopher Timothy more than made up for the episodic nature of their car show, which saw them visiting one enthusiast after another, asking a few questions about their vintage motors and pootling onwards. Never mind Top Gear, this was Terribly Genteel Gear.”
Christopher Stevens, Daily Mail