“As a wake-up call, it was like a bucket of water to the face.” 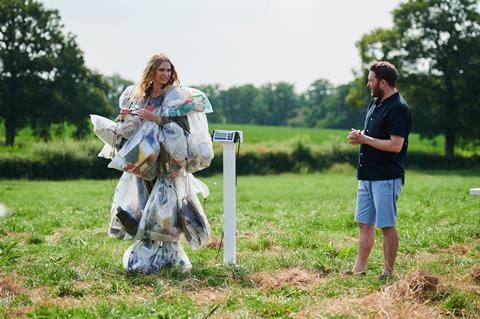 “I ended the show knowing exactly what I knew at the start – that over-consumption is a vast problem we must urgently redress. But at no point did we learn how to approach a plastic-free shop or recycle more effectively.”
Rachael Sigee, The i

“As a TV show it worked far better than it deserved to, partly because Jon Richardson is a dry, funny host and partly because, as a wake-up call, it was like a bucket of water to the face. The amount of waste created by the families of John Barnes, Jodie Kidd and Katona was truly gobsmacking.”
Carol Midgley, The Times

“The show is funny, elegant and pleasurable precisely because there is no hope of an actual happy ending for its bratty, spatting leads.”
Philippa Snow, The Independent

“In a show renowned for its lacerating and occasionally shocking dialogue, where the cast are encouraged to shoot half a dozen versions of scenes with different sweary put-downs, Logan has all the most quotable lines.”
Christopher Stevens, Daily Mail

“What makes the show stand apart from, say, Billions – another series about the ruthless mega-rich – is the humour. It is bitingly funny, whether through the idiocy of Greg (“You’re the number one trending topic ahead of Tater Tots, and the Pope followed you! Oh… I don’t think this is the real Pope”) or the caustic wit of Roman (Kieran Culkin).”
Anita Singh, The Telegraph

“Debbie tucker green’s vital, eloquent and beautifully acted screen adaptation of her original stage play, which opened at the Royal Court in 2018 to rave reviews. I say adaptation, but this is so much more than a straight-up piece of filmed theatre. Which is great, because no matter how brilliant a play is, when the fourth wall becomes the black mirror of my own TV screen my suspension of disbelief is dismantled and the whole theatre comes crashing down. Happily, in making the delicate transfer from stage to screen, ear for eye ends up pushing the boundaries of both forms.”
Chitra Ramaswamy, The Guardian

“I’m finding it unpleasant to watch. It’s an anatomy of a woman being horribly controlled by two different men, yet presented like a slick John Lewis ad.”
Carol Midgley, The Times

“The dialogue between the Larkin clan can be painfully forced (remember how it flowed and sang in The Durrells?), but Tok Stephen as Charley gets the balance right between comedic and charming. He’s the best thing here by a mile. It’s not all bad. Scanlan is charismatic. Though, so far, she is lumbered with a Ma Larkin who has no agency and little purpose bar having her bottom patted by Pop. The support players, particularly Robert Bathurst – a delight to watch in whatever he’s in – add to the ragtag jollity of this peculiar 1950s English village, which seems to exist in an endless summer, before jet trails and racism and motorways ruined everything.”
Chris Bennion, The Telegraph