Cheat; The Choir: Our School By The Tower

“It’s obviously daft in parts, but it is fresh, makes a change from the usual rape/violence fare and is cleverer than it looks” 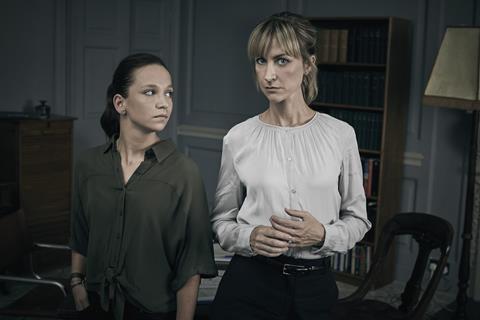 “It might not compel on a spring evening pregnant with possibility but, during a chilly spell, curled up on the sofa, its machinations unspool at just the right pace and with the right amount of predictability. It is the perfect fireside storyteller.”
Lucy Mangan, The Guardian

“It’s obviously daft in parts, but it is fresh, makes a change from the usual rape/violence fare and is cleverer than it looks. It may not be everyone’s cup of tea, but it’s a while since I’ve watched a TV drama and been champing at the bit for more.”
Carol Midgley, The Times

“Two strong leads propped up a creaky story, elevating it from hokum to intriguingly compelling. The four-parter continues over the next three nights. I predict twists, turns and a faintly unsatisfied feeling come Thursday when the final credits roll.”
Michael Hogan, The Telegraph

“The question really teasing us, and keeping us hooked as the serial continues over the next three nights, was set up from the start. Which was the prisoner and which the visitor? That’s a strong dramatic concept. There’s no need to overdo it by killing poor old Betsey the cat.”
Christopher Stevens, Daily Mail

“Cheat was raised out of the ordinary by the excellent performances. The script was both a taut, clever crime drama and an interesting dissection of the nature of power and privilege. It all added up to an intriguingly toxic brew.”
Sarah Hughes, The i

The Choir: Our School by the Tower, BBC2

“Eternally boyish Gareth Malone was his usual infectious, inspirational presence but this warm-hearted film was really about the youngsters. This big-hearted film was testament to music’s transformative, therapeutic power, as well as the resilience of these remarkable children.”
Michael Hogan, The Telegraph

“The head teacher, David Benson, was incredible; Malone was inspiring as usual and the whole programme a tear-jerker, hopeful and heartbreaking. It honoured not just the emotional legacy of Grenfell, but the lonely pain lurking beneath the surface of a ‘problem’ child.”
Carol Midgley, The Times

“Handkerchiefs were very much required to survive The Choir: Our School by the Tower, choirmaster Gareth Malone’s latest attempt to use music to heal the soul. The moment Adil finally agreed to step in front of an audience, his unforced smile and emotional admission that ‘Miss Sullivan looked really happy’ were enough to break the hardest of hearts.”
Sarah Hughes, The i