Child of Our Time; Recycling: Is it a Con?; Home

“This should have been a three-part series at least, not a one-hour rush job.” 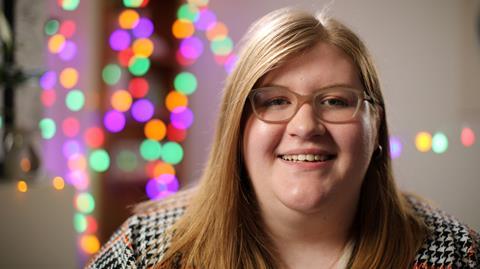 “As a tool of child psychology, the series is able to see how lives have unfolded, at every crucial stage, with the benefit of hindsight, and it does seem to confirm the Philip Larkin edict about what one’s parents can do to you. It is even more effective, though, as a portrait of Britain through two decades.”
Rebecca Nicholson, The Guardian

“Whatever the original premise, as we reached the end of the road it felt as if the programme-makers had lost interest. Updates have come at random intervals over the years. This instalment had the air of a contractual obligation. The chosen trio were engaging, though.”
Anita Singh, The Telegraph

“I don’t understand why it was all so half-hearted and half-arsed when some of the content was fascinating, a smorgasbord of social and health issues that would normally thrill the BBC: divorce, mental health, bereavement, sexuality, the care system. This should have been a three-part series at least, not a one-hour rush job.”
Carol Midgley, The Times

“The subjects’ personal stories were moving and undoubtedly worth hearing. But they didn’t add an awful lot to the show’s overriding investigation. Most poignant was the absence of Parys, one of the children who had died after struggling with his mental health, though this was referred to only in a closing dedication.”
Emily Baker, The i

“Three years on from the last update, only a handful of the original 25 subjects were featured and this episode relied heavily on old footage. The 20-year-olds who did appear were all bright, articulate and seemed keen to leave their mark on the world. What a shame, then, that this ambitious project ends not with a bang but a whimper.”
Claudia Connell, Daily Mail

Recycling: Is It a Con?, Channel 5

“The show came at the subject like a half-baked Watchdog. An investigation into where our recyclables go could have been enlightening if done on a significant scale, but that would have cost money which Channel 5 clearly didn’t want to spend. All in all, the show’s claim to ‘uncover the truth about recycling’ felt like a bit of a con.”
Anita Singh, The Telegraph

“Home ended with what is invariably the kiss of death for comedy drama: it went ‘on location’ to another country. Never do this! I don’t even like it when Corrie goes to Blackpool. Sure enough it was one of the less funny episodes, but there were still some absolute quality lines.”
Carol Midgley, The Times