“A quality, precision-engineered piece of work by a duo with extraordinary chemistry” 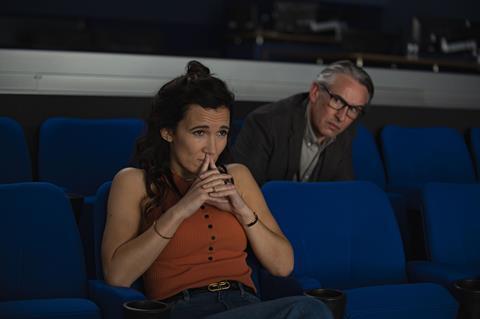 “Chivalry is a quality, precision-engineered piece of work by a duo with extraordinary chemistry, both on- and off-screen, in the writers’ room. Add Lolly Adefope and her immaculate timing, Wanda Sykes as the manipulative powerhouse studio executive, and occasional impeccably daft cameos from the likes of Paul Rudd and, unlike any of Cameron’s former assistants and most of his leading ladies, you have no cause for complaint.”
Lucy Mangan, The Guardian

“It’s a brave comedy that steps up to satirise gender politics in Hollywood in the wake of #MeToo. Chivalry did feel at times like it was holding back… But there were some great lines here. This was wily, low-key humour rather than a string of gags.”
Carol Midgley, The Times

“It’s a witty show, and isn’t so simplistic as to make Cameron the villain and Bobby always the voice of reason. Sarah Solemani’s withering delivery is great, as is Steve Coogan when his character makes squirming attempts not to say anything career-endingly sexist. It’s a canny satire on all aspects of the Hollywood film industry (while feeling extremely British) and one that may come quite close to the truth.”
Anita Singh, The Telegraph

“Nothing is less funny than a punchline in the wrong place. And that is what dooms Chivalry, the Hollywood sitcom written by and starring Steve Coogan and Sarah Solemani. Mildly amusing at best, obvious and unoriginal — these are navel-gazing in-jokes about the industry, and that sums up Chivalry.”
Christopher Stevens, Daily Mail

“Solemani, Coogan and Miller – nicely supported by Wanda Sykes, Paul Rudd and Lolly Adefope – all do an excellent job of crashing into the contemporary obstacles that make the creative process trickier. The problem with Chivalry isn’t the topical themes, the dry, witty writing or the wonderfully world-weary pairing of Coogan and Solemani. Both have rather cynical, hard-bitten, direct sorts of personalities, despite their divergent outlooks and origins. That’s all most intriguing and highly engaging. It’s just the sheer audacious scale of the comedy drama’s near-pornographic presentation and profane language that threatens to overwhelm.”
Sean O’Grady, The Independent