“Clarkson’s gone soft, and it makes for surprisingly good viewing” 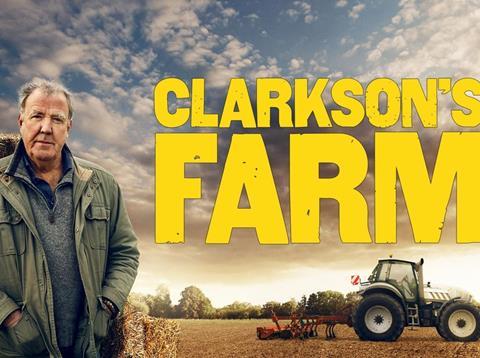 “There is more wearisome, meretricious rubbish in this episode – and then in the others – that there is no point detailing here. The pandemic hits in episode five, but doesn’t really change Diddly Squat life much, besides scuppering some plans for the sheep as restaurants close and demand for lamb goes down. The series amounts to less and less as time goes on. From the staged conceit to Clarkson’s contempt, the bad faith of every aspect of Jeremy Fills the Airwaves is so nakedly on display that each moment feels as if it is hollowing itself out from the inside.”
Lucy Mangan, The Guardian

“The supporting players are a treat. One is the land agent, Charlie Ireland, with his sensible pullover and equally sensible approach to costs. Another is Kaleb Cooper, tractor driver and general saviour. If Cooper didn’t exist, a TV producer would have to invent him: his deadpan ways are gold. And the series shows the reality of farming: hard work, at the mercy of the elements, and ruinously expensive (Clarkson volunteers the cost of everything he spends, and for ideas that go wrong).“I f—ing hate sheep. I cannot wait to eat them,” he fumes at one point, but when he sends three to the abattoir, he’s moved almost to tears. Clarkson’s gone soft, and it makes for surprisingly good viewing.”
Anita Singh, The Telegraph

“The final episode is so absurd it doesn’t so much jump the shark as gleefully cartwheel over a whale, blowing kisses. Even Diop gets the giggles when he decides to recruit a young helper by lurking in a library, waiting to see who’s come to borrow the Lupin novels. But Lupin’s cliches are irresistibly seductive. This is a show that takes us to Paris, pours us champagne, plays us old chansons and winks as it offers us diamonds. It sends our pulses racing with giddy chases through spooky old chateaux and down into the catacombs. It flatters us into feeling chic and clever when we realise (seconds before the actors on screen) how Diop has done it again. We award ourselves extra sophistication points for eschewing the dubbed version and watching in subtitled French. We’re happy to be Diop’s easy marks and he leaves us all smiling and shaking our heads. Bravo! Bravo! Encore!”
Helen Brown, The Telegraph

“These new episodes involve a spooky, subterranean jaunt in the catacombs of Paris, a high-speed heist at the Musée d’Orsay, and midnight chases along the Seine. “Gentleman” was once the term Mme Pellegrini and her ilk used to patronise any Black men they deemed sufficiently servile. Now the show seems more interested in how that “gentleman” tag applies – or doesn’t – to Assane’s treatment of women. Like Guedira, by now we can feel comfortably assured that our hero “doesn’t kill. He’s a gentleman burglar!” (Indeed, this is the guy who pauses mid-struggle to tactfully suggest that the gunman might want unlock his weapon’s safety catch.)”
Ellen E Jones, The Guardian

“It was pleasing that Billion Pound Bond Street took a jocularly satirical approach. Surprisingly, given the po-facedness of Bond Street shops, many there were happy to go along with the light-hearted vibe, including the brothers behind the jewellers Boodles, one of whom showed us he was wearing pink underpants to match the £3.2 million pink diamond they had bought and were now trying to flog.However, it was Ollie, Bond Street’s only private resident, with one of those old-fashioned leases you’d kill for, who summarised things best with his amused pity for the crowds queuing outside some pricey shop or other to buy some designer tat so they could finally “feel alive”.”
Carol Midgley, The Times

“This whole hour was as sugary and insubstantial as a violet cream. It dissolved on the tongue, leaving nothing behind but a sickly sensation. Film-maker Michael Waldman, who last year brought us a similar three-part look at the moneybags of Monaco, strolled up and down Bond Street in the West End, ogling the shop displays.At the jewellery merchants Boodles, Michael oohed and aahed over a teardrop diamond as shapely as a Hollywood star’s nose — that is, it was probably once bigger, but now it was cut to the perfect design.”
Christopher stevens, Daily Mail

“Perhaps inevitably, the programme became more a profile of Bristol’s charismatic mayor, Marvin Rees, the first directly elected black mayor in Europe, as he negotiated a tricky political path, namely sympathising with the anti-racism protestors who pulled the statue down while not condoning vandalism. He did so, if you ask me, extremely well.”
Carol Midgley, The Times