“It avoided primped narratives and convenient story arcs and told a messy, complicated story as it is” 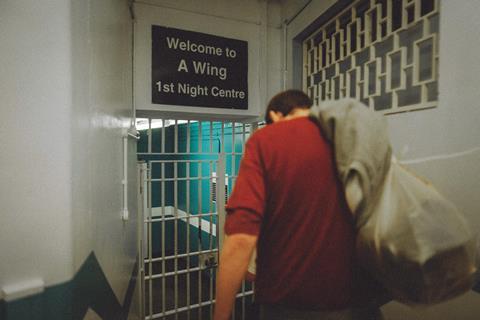 “The programme, rightly, did not sugarcoat the men’s offences, personalities or attitudes, forcing viewers instead to reckon with principle and systemic problems rather than emotions and individuals.”
Lucy Mangan, The Guardian

“Access-all-areas cameras enabled us to sit in on parole hearings and prison staff meetings, while pondering the dilemmas ourselves. Aerial photography swooped over the Victorian jail’s radial roofs and 30ft walls, while composer Matthew Cracknell’s discordant string score added to the oppressive atmosphere.”
Michael Hogan, The Telegraph

“It avoided primped narratives and convenient story arcs and told a messy, complicated story as it is. Its two main protagonists were complex characters, variously sympathetic and manipulative.”
Carol Midgley, The Times

“The programme’s intention was clearly to underscore failures of the justice system and it succeeded – this was a damning indictment. Wisely chosen, the two men at HMP Winchester, Aaron and Paul, were both articulate, acutely self-aware of how their transgressions exacerbated their problems, and engaged with their emotions.”
Sarah Carson, The i

“From volatile prisoners to the frazzled staff, the documentary made for compelling, if frustrating, watching, with viewers forced to ask the age-old question: should the penal system be about rehabilitation or retribution?”
Claudia Connell, Daily Mail

“It is total chaotic silliness, but each character has grown more carefully-drawn in this second series and the relationships are even more tender. The show is visually detailed and rich, with brilliantly-timed physical gags.”
Sarah Carson, The i