Write Around the World; The Boy Who Can’t Stop Dancing; The Equalizer; Come Dine with Me

“This was gently edifying literary tourism” 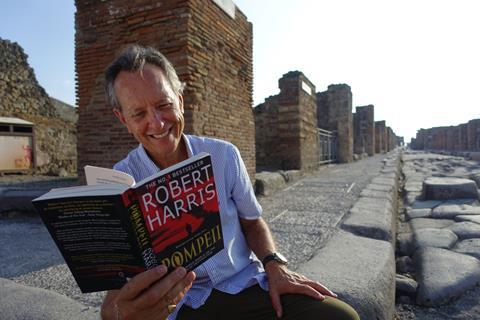 Write Around the World, BBC4

“While this was gently edifying literary tourism, it was pretty much “The Grant Show”. It is curious how successful screen actors, who once wouldn’t have been seen dead near such a light TV series, now seem happy to be screen multitaskers.”
James Jackson, The Times

“As a travel programme, Write Around The World, is just like all the others. As a reminder of the power of stories and the vivid worlds books can evoke, it’s also a romantic love letter to literature.”
Emily Baker, The i

“Robyn shows up, trades one-liners and then disarms the entire gang in a flashy action sequence that doesn’t show how she manages it. It is noticeable – and odd. Could Queen Latifah not pull off the choreography? It seems unlikely. Did the makers not want to risk committing the cardinal sin of making their female protagonist – gasp – unlikable? This seems more plausible, if resoundingly stupid.”
Lucy Mangan, The Guardian

Come Dine with Me, Channel 4

“Come Dine with Me prioritises martinis over muscles, tea cups rather than tan-lines. And yet a clear evolutionary line can be drawn between it and Love Island. Everyone is trying to get along. Meanwhile, a comedian chimes with a sardonic voice-over. And if Iain Stirling is the Oasis of acerbic reality TV quipping, then Lamb is the Beatles of the milieu.”
Ed Power, The Telegraph