Cuba: Castro vs the World; How to Beat: Pain

“This was a very watchable slice of history, marred by its rather too rose-tinted portrait of its ruthless and uncompromising subject” 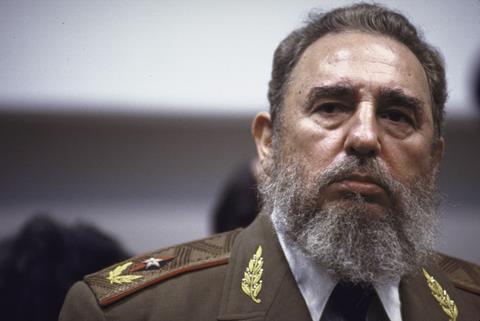 “The only thing missing was any significant acknowledgement that Castro, in the manner of ideologues and dictators of every political stripe, was not a shining beacon of goodness. That aside, it was a cogent, accessible and – thanks to the superb and superbly-deployed cast of characters – fascinating primer on the subject.”
Lucy Mangan, The Guardian

“Pope Francis’s ability to broker a thawing between President Obama and the Castros was the most intriguing moment in another brisk hour (which, if a touch less revelatory than last week’s blistering first episode, did remind you what a canny operator Fidel was).”
James Jackson, The Times

“These films revealed little about Castro’s personality, other than his hardline determination to bring socialism to the oppressed, and there was no mention of the executions, torture or arbitrary imprisonments that were hallmarks of his regime, especially in its early years. But they did offer fascinating evidence of Castro’s political cunning and foresight. This was a very watchable slice of history, marred by its rather too rose-tinted portrait of its ruthless and uncompromising subject.”
Adam Sweeting, The i

How to Beat: Pain, Channel 4

“Despite the sprightly tone that you’d expect of How to Beat: Pain, many will have tuned in to the programme with the hope of help. They may have felt frustrated to learn lots about how pain perception works, but get no magic answers. The programme actually worked better for providing party game ideas, albeit for a pretty eccentric party.”
James Jackson, The Times

“Each participant was allotted so little time and the treatments covered so superficially that the results seemed meaningless.”
Adam Sweeting, The i

“Some patients felt a bit better but we were left with the impression that these were hit-and-miss remedies that doctors try only when the drugs aren’t working.”
Christopher Stevens, Daily Mail