“There’s plenty to sustain interest, but in this opening story I’m also sensing potential for it to get a bit silly.” 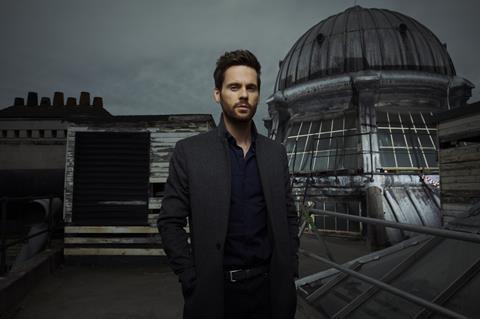 “I liked the noirish quality to this drama. However, there’s something faintly irritating about the character of Wagstaffe, who is monosyllabic and moody to the point of ignorance and all a bit me-me-me. There’s plenty to sustain interest, but in this opening story I’m also sensing potential for it to get a bit silly.”
Carol Midgley, The Times

“As drama, it’s all a bit meat and two veg. The makers are claiming they’ve toned the violence down from the pilot, but strong stomachs are recommended for the six episodes of blood-curdling revenge drama without much in the way of psychological insight to light the dark path.”
Jasper Rees, The Telegraph

“I hadn’t seen it before, but I felt like I had: East End bobby in a greasy spoon; gobby teenage witness watching Jeremy Kyle in the middle of the day; doting, desperate-to-impress female subordinate; wearyingly unsophisticated ‘banter’ between police partners. But the crimes at its centre were intriguing enough to draw me in, even if the action was a little more tepid than tense.”
Sarah Carson, The i

The Secret Story of Stuff: Materials of the Modern Age, BBC4

“Part Ripley’s Believe It Or Not museum, part Tomorrow’s World, part Proper Science documentary, its wonders left your mind boggled and the rest of you well and truly winded.”
Lucy Mangan, The Guardian

“I wasn’t expecting to love The Secret Story of Stuff: Materials of the Modern Age. But I did love it. Sometimes all it takes to reignite curiosity and imagination is to strip things to their most basic, obvious principles. As this highly entertaining programme showed, the materials we handle every day are a good place to start.”
Sarah Carson, The i

“The show always gets you in the end. The staff are so nice and strangely good on camera, but it was the birth of that elephant they thought would be stillborn that had me blubbing. After all these years Dumbo still turns on the waterworks.”
Carol Midgley, The Times

“This show thrives on such outcomes: potted narratives in which animal safety is threatened, only for the star to pull through. If only there were as many happy endings in their natural habitat.”
Jasper Rees, The Telegraph