David Jason; Babes in the Wood; The Good Fight

“Our host’s bubbling enthusiasm and sheer delight at vintage vehicles made for cushty viewing.” 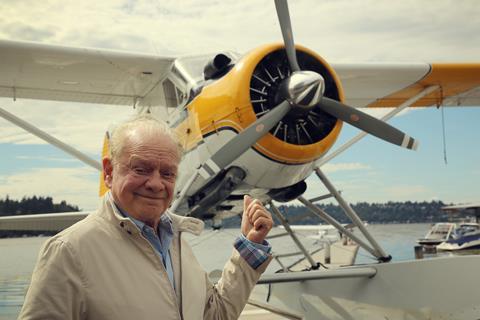 “This sedate series won’t win any awards for originality. Jason’s journey was supplemented by map graphics, interviews with locals and archive footage – all things we’ve come to expect from such travelogues – while the soundtrack wasn’t what you’d call subtle. However, our host’s bubbling enthusiasm and sheer delight at vintage vehicles made for cushty viewing.”
Michael Hogan, The Telegraph

“No one could accuse David Jason: Planes, Trains and Automobiles of misleading by title. For planes, trains and automobiles is precisely what we got. And while this travelogue did often feel like a vehicle to indulge the actor’s boyhood dreams, there was a charm and a pureness to it.”
Carol Midgley, The Times

Babes in the Wood, ITV

“Babes in the Wood was diligently made but after an hour spent reliving the monstrous acts of predatory paedophile Russell Bishop three decades ago, I couldn’t help wondering precisely what was this programme’s point. Trevor McDonald added a welcome touch of gravitas to proceedings but neither his classy contribution nor the swooping arty shots of Brighton’s burnt-out West Pier and Wild Park, where the girls’ bodies were found, could disguise the fact that this was lurid fare, raking up harrowing crimes for little apparent reason.”
Michael Hogan, The Telegraph

“The BBC had already beaten ITV to a documentary on the case, but nobody can elevate and humanise a story quite like Sir Trevor — even when a case is legally complex.”
Claudia Connell, Daily Mail

“Courtesy of watertight scripts, the unassailable instinct for good stories and talent for telling them of creators Robert and Michelle King, and endlessly brilliant performances from the actors in every tier, it sweeps you along with it entirely. All while constantly undermining the Hollywood shibboleth that big audiences can’t be found by shows with racially diverse casts and/or main parts for older women.”
Lucy Mangan, The Guardian

“The Good Fight is one of the smartest legal dramas to come out of the U.S. in recent years and it’s a pity that its scheduling on More 4 means it won’t get the audience it deserves.”
Claudia Connell, Daily Mail