Death on the Common; A House Through Time; 9/11: Life Under Attack

“Rarely has such a TV documentary featured someone so unwilling to capitulate into self-pity or be defined by the victim card.” 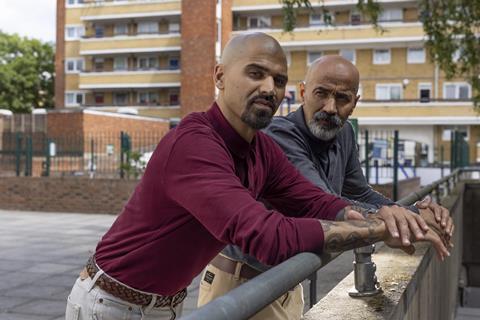 Death on the Common: My Mother’s Murder, Channel 4

“Rarely has such a TV documentary featured someone so unwilling to capitulate into self-pity or be defined by the victim card. Alex acknowledged that everyone grieves differently, but his phlegmatic attitude was interesting as a counter to the prevailing emotionalism in our society. Ironically, they were opening themselves up for this film, yet in doing so Alex and André gave us much food for thought about how we can process the most awful personal trauma.”
James Jackson, The Times

“My Mother’s Murder is a title that wouldn’t have been out of place late night on Channel 5. Instead, the tone was measured and the coverage judicious – the focus remained on Alex and his father, not on the details of the crime or the police gaffes that followed.”
Benji Wilson, The Telegraph

“Hanscombe cut an intense, low-key figure. What was clear throughout was that he was making this film for himself – not for the viewer. Going back and talking to police officers and others involved in the case didn’t bring closure. It merely reminded him what he had lost. It made for an unflinching documentary, which acknowledged that some wounds can never heal.”
Ed Power, The i

“Professor David Olusoga led us on a fascinating trip back through the history of the building and its inhabitants. His gift as a social historian is to make the past come fully alive. He wasn’t interested in dates and statistics – but in the lived experiences of the people whose existences he had peeled back, like faded layers of wallpaper. And with him as our guide, A House Through Time was built on rock-solid foundations.”
Ed Power, The i

“Even before the first advert break we saw people falling from the towers. It was close to unbearable. This is the way with 9/11 documentaries. You think you’ve seen it all, then sit there with a growing knot of horror in your stomach — yet you can’t stop watching.”
James Jackson, The Times