“The tale played out as a tension-packed caper” 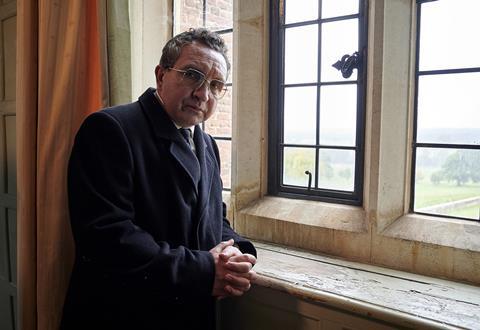 “Deceit is magnificently and stylishly directed by Niall MacCormick, whether in the claustrophobic exchanges between Byrne and Stagg, the profoundly moving moments of revelation, or the horror.”
Lucy Mangan, The Guardian

“The tale played out as a tension-packed caper. But the fact that all the fun and games centred on a real crime and a devastated family wedged in the craw. Deceit was styled as a slick, propulsive procedural. Given the awful subject matter, however, it failed to fly either as true crime or as escapist thriller. In the end it was really just fooling itself.”

“The show is stolen by the ever-watchable Eddie Marsan as the the psychologist Paul Britton, a man the police are perhaps overly dependent on. He speaks with the considered precision of a high court judge”
Sean O’Grady, The Independent

“Were this a fictional drama, this might be an interesting narrative avenue but there’s something uncomfortable about imposing it onto a real tragedy. Furthermore, the apparent intentions of the creators to be accurate seemed entirely at odds with the highly stylised show they have produced. The moody colour palette, snappy editing and arty shots of streetlights shining through Venetian blinds all seemed like missteps.”
Rachael Sigee, The i

The genuinely startling subject matter would always make Deceit stand out from the usual true crime fare, but so does the well-judged handling of its many moral quandaries. There aren’t many easy judgements about right and wrong here, just a sense of muddiness that sometimes leaves you feeling queasy.
Katie Rosseinsky, The Evening Standard.

“The nihilism is served neat and Williams’s unflinching droopiness would give a pre-cancelled Morrissey a run for his money. Weirdly, though, it is the present-day storyline that comes off as contrived and ’sitcom-esque’.”
Ed Power, The Telegraph

“Comfortable comic tropes creep in here and there. There are familiar supporting characters, such as the new acquaintance whose lazy intonation makes anything they say seem sarcastic, and the tracksuited bruiser who is inexplicably an erudite polymath.”
Jack Seale, The Guardian

“Largely consisting of wobbly footage shot by passengers using smartphones, this vacuous documentary set out to make us envious but never really got off the ground.”
Christopher Stevens, Daily Mail

“The title promised a behind-the-scenes look at airline luxury – and some insider advice on how to bag an upgrade. In reality, it was a budget assortment of banal observations about modern air travel. Yes, there were some tips: upgrades are easier if you’re good-looking; gifting/bribing the cabin crew a box of chocolates is probably a waste of your time and theirs’.”
Ed Power, The Telegraph