”Like the messianic tech figures it takes aim at, its reach too often exceeds its grasp.” 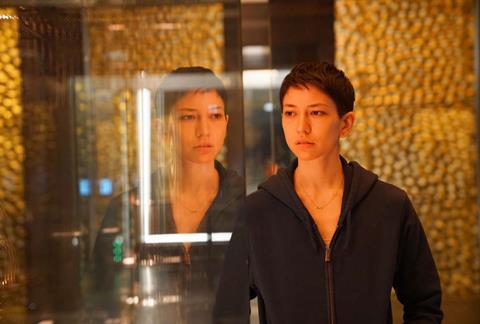 “A rare beast – a drama with ideas rather than people at its heart… a deep, dark, wild ride.”
Lucy Mangan, The Guardian

“It’s probably a Marmite drama, but in its preoccupation with being clever-clever and abstruse, it has made its characters too insipid and humourless to give a monkey’s about.”
Carol Midgley, The Times

”Reunites the director with his regular production designer Mark Digby, cinematographer Rob Hardy and visual effects supervisor Andrew Whitehurst, all of whom immediately and artfully establish the usual inscrutable but dread-bathed mood. In short, everyone knows exactly what they’re up to but us, which with [Alex] Garland is always part of the fun. Answers can wait for now: let’s have some more juicy questions.”
Robbie Collin, The Telegraph

“Mixing sexual farce and Hitchcockian suspense, it unfurls with such speed and vigour that you feel constantly wrong-footed. It’s jittery, sardonic – and quite brilliant.”
Patrick Smith, The Independent

“The prosecution case against the Who Wants to be a Millionaire? winners felt underpowered despite ITV holding most of the cards (“Tape G”) and there was no sense that the real jury in 2003 returned a majority verdict after three days of deliberation. But it was cracking entertainment and much-needed escapism.”
Carol Midgley, The Times

“Rosencrantz’s knowing wink to the audience was essential to James Graham’s masterful finale, which threw open the wizard’s curtain and showed us nothing more than a mirror.”
Chris Bennion, The Telegraph

“Potent, in that it shows how wrongful convictions not only destroy individual lives, but also have an impact on science, on what is taken seriously as a legitimate piece of evidence. In almost half of The Innocence Project’s cases, forensic science was misapplied or misused. The cameras stay with the men after they are released, and it is inspiring the way the barman, the sailor, the teenage student and many others try to move on… In lockdown, we can learn a lot from their patience and humility.”
Ellie Harrison, The Independent