“DI Ray might just be one of that rare species: a police show that says something new” 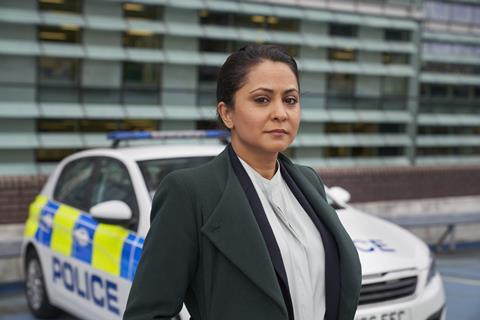 “DI Ray might just be one of that rare species: a police show that says something new. While crime is still the main event, there is another theme at play that gives it a fresher flavour: racism and British-Asian identity in modern Britain. It didn’t batter the viewer over the head with the issue (though the dialogue was occasionally clunky) but dripped it in gradually via the assumptions and prejudices visited on Ray.”
Carol Midgley, The Times

“Despite the wealth of material writer Maya Sondhi doubtless has at her disposal, it is used in the service of giving us a police procedural with a fresh perspective rather than didactically. It lends heft to a story that at times moves a bit too slowly and feels a bit too by-numbers to stick to its own terms.”
Lucy Mangan, The Guardian

“It is a smart portrayal of the assumptions and stereotypes that come with the territory, and feels authentic. Unfortunately, Sondhi spent so much time working on the issues that she clean forgot about the plot. The show’s one saving grace is Parminer Nagra. She comfortably inhabits the role of DI Ray, making her feel like a proper, well-rounded person.”
Anita Singh, The Telegraph

“Parminer Nagra, petite and vulnerable, makes us want DI Ray to succeed and we’re rooting for her. She’s a cop. She’s not that in love with being one but wants to be: it’s a perfect balance. Being a Jed Mercurio production and written by Maya Sondhi, DI Ray has plenty of twisty bits, and the subplot of her relationship with a white officer meshes well with the search for the killer. Low key in tone and atmosphere, DI Ray, cop and show, that is, deserves to be a success.”
Sean O’Grady, The Independent

“The Midlands police officer, played by Parminder Nagra in DI Ray, goes out of her way to be offended by everyone and everything they say. Unreconstructed old fossil that I am, I do wonder how — when she treats every bit of small talk as a ‘micro-aggression’ — she copes with the brickbats that are a copper’s daily lot. With hectoring set-pieces that are engineered to make a point about police attitudes to ethnic minorities, the whole show has the air of a made-for-schools drama addressing social problems.”
Christopher Stevens, Daily Mail

“Watching Katherine Parkinson and Jim Howick together, both class acts of British TV comedy, it seems criminal that this is their first pairing. Here We Go isn’t groundbreaking, but there is a pleasing specificity to the Jessop family’s quirks that elevates the observational humour, and the opening episode’s climax is a genuinely joyous moment in this warm hug of a show.”
Rachel Sigee, The i

“Here We Go is an instant, stone-cold comedy classic. Based on a lockdown pilot called Pandemonium, in its six half-hours it manages to achieve something extraordinary while working only with the most ordinary of tools – an everyday family, made up of six recognisable characters, for whom normal things just go slightly more wrong, in a funnier way, than they do for you, me and our families.”
Benji Wilson, The Telegraph