Diana; Escape To The French Chateau: Make Do And Mend

”It was a tribute piece, rather than a clear-eyed examination of a complicated woman” 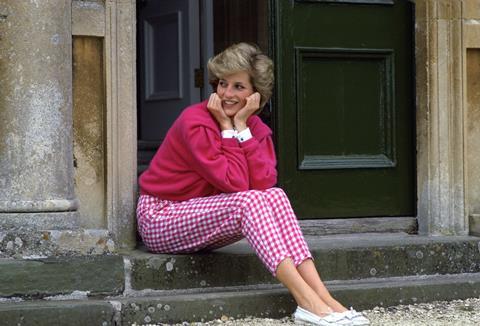 “This was exactly the documentary you would expect. All the old ground is covered and every touchstone touched, the unbecoming parts skimmed over or excised entirely (James Hewitt, Squidgygate and the Tiggy Legge-Bourke claims, for example, aren’t mentioned), and just enough new stuff is mixed in to justify its existence. McFarlane, we are told, has never spoken about her friend in public before. And James Colthurst gives an unusually detailed account of his long friendship with Diana and his part as the go-between for her and Andrew Morton to get the tell-all book done. Then you just measure it out by the yard and cut to length.”
Lucy Mangan, The Guardian

“It’s evident from the film – though most of us were well aware of this already – that she only really found contentment during her time as a typical Sloane Ranger and nanny, living with her flatmates and partying, and then, much later, with “her boys”. You cringe to think what she’d make of current events, and the makers of Diana wisely don’t ask Diana’s friends and confidantes about it. They give the usual testimony about what a “nice girl” she was, how she actually did love the Prince of Wales (still difficult to believe) and even had pictures of him around her bedroom long before she started dating this selfish, odd man.”
Sean O’Grady, The Independent

“There was nothing remotely new in their testimonies, but they painted a picture of her as a funny, high-spirited young woman who was, in Colthurst’s words, “much brighter than people gave her credit for”. It was a tribute piece, rather than a clear-eyed examination of a complicated woman. But at least there was no sign of Paul Burrell. Chisnall put her best footage right at the start: grainy home video of Diana visiting Ivy Woodward, a mother she had befriended during a hospital visit. She swept into the modest little house, dispensing hugs and smiles, then settled in for a cup of tea as family members crowded around. Star quality, charisma, but an ability to put ordinary people at ease: the essence of Diana was all there in one scene.”
Anita Singh,The Telegraph

“There were poignant pictures, home movies and anecdotes of her childhood and happy teenage years, when she had a poster of Prince Charles on her bedroom wall. Poignant because we know what was coming next. There wasn’t much in the programme that we didn’t know already, but ITV had rounded up some good talking heads, including the Mail’s Richard Kay.”
Roland White, Daily Mail

“Chisnall used her material judiciously. We have seen a thousand times the clip when the newly engaged Charles was asked if they were in love and said: “Whatever love means.” But it usually cuts off there. Here we saw the moments afterwards and the aftershock on Diana’s game face, as she stared downwards, pennies dropping.”
Carol Midgley, The Times

Escape To The French Chateau: Make Do And Mend, Channel 4

“There can’t be anybody on television who chuckle so much with so little prompting. They make The Laughing Policeman seem like a sourpuss. The couple giggled happily – and inexplicably — at the sight of a restored sash window and a newly decorated landing, which was one of their projects. They laughed while discussing a renovated shoe cupboard. They couldn’t contain their delight at some material — fashioned from old family photographs — used to cover a piano stool.Their jollity and good humour are simply exhausting. Is a shoe cupboard really so amusing?”
Roland White, Daily Mail