DNA Family Secrets; Madeleine McCann: The Case Against Christian B; Our Father 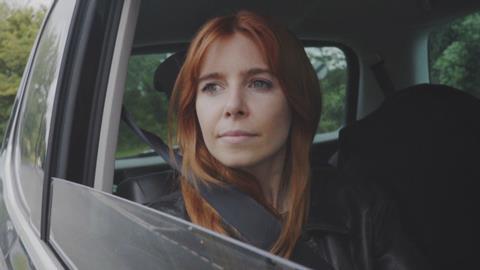 “DNA Family Secrets, like its clear relative Long Lost Family on ITV, is wonderfully moving television. Presenter Stacey Dooley is perfect as the shoulder to cry on, the selection of subjects is spot on, and the money shots – when a long-lost this or that first meets their new family member – always deliver, at least when they happen. It might be contrived but you’d have to be a cynical old stick not to enjoy it.”
Benji Wilson, The Telegraph

“An ordinary man finding out for the first time at the age of 52 who his father is will always be more moving (to me anyway) than some celebrity in Who Do You Think You Are? weeping like a drain on discovering that their great-great-great-uncle in 1866 once ran a fish stall. What they did for Richard from Liverpool, whose mother had brought him up alone and evaded his questions about his parentage, was truly remarkable.”
Carol Midgley, The Times

“Do we have the right to dig up our parents’ long-buried secrets? Stacey Dooley didn’t stop to ask, on DNA Family Secrets, whether this was fair to past generations who went to their graves believing their private lives would stay private. The presenter took it for granted that nothing overrides our urge to know ‘who we are’ — and whether we have half-brothers or half- sisters who were never mentioned. Stacey is throwing hand-grenades into ponds to see what floats to the surface.”
Christopher Stevens, Daily Mail

Madeleine McCann: The Case Against Christian B, Channel 5

“It would have been easy for detective-turned-journalist Mark Williams-Thomas to make this simply a portrait of a monster who fits the bill. But this wasn’t lazy film-making; it was dogged and thorough, Williams-Thomas even tracking down the young woman who Brückner claims is his alibi and concluding that the German evidence doesn’t stack up to a strong case.”
Carol Midgley, The Times

“When he turned up at the gates of a house in Portugal to interview one potential witness, the man threw a knife at him before chasing him and his producer, brandishing a shovel. At every turn, people who knew Brueckner testified that he is a vile man. But key pieces of the puzzle, such as the mobile phone evidence that police hoped would condemn him, stubbornly failed to fit. The mystery of Madeleine McCann might be one secret that is never solved.”
Christopher Stevens, Daily Mail

“It’s an undeniably gripping story. But Our Father is content merely to tell it – to wring every ounce of shock value without adding anything of greater value. It is stuffed with superficial testimonies from traumatised mothers and children. These are, by their very nature, repetitive, which quickly leads to diminishing returns, and does their suffering a disservice.”
Lucy Mangan, The Guardian