“The finale’s bleak intensity surpassed expectations even for this operatic saga.” 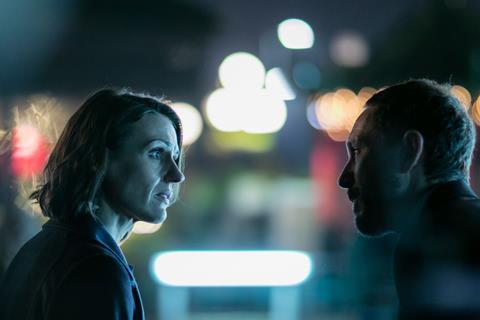 “The finale’s bleak intensity surpassed expectations even for this operatic saga. Yes, the episode had its implausibilities, but the sheer overriding tension of it all allows me to overlook them. Because how often do you get an hour of TV drama that lays bare the guts and bones of inner torment with this much wretchedness?”
James Jackson, The Times

“It’s been fabulous, and outrageous, and addictive. Enough though. I think a third series might polish me off.”
Sam Wollaston, The Guardian

“As ever Doctor Foster keeps you clinging to your sofa. However, the show’s final climax is disappointing and essentially an introduction to a seemingly inevitable third series.”
Finlay Greig, The i

“David Starkey is a lesser-spotted TV historian these days, but his fierce stare remains a gift to the small screen. Even his analogy of Luther’s Ninety-five Theses as a Twitterstorm felt illuminating rather than gimmicky. Can we have more of his bracing history lessons, please?”
James Jackson, The Times

“Few moments in the hour that followed were without Professor Starkey shoehorning in some comparison so us feeble-minded modern types might have more of a chance of understanding. If I was to nail my views, like Luther, to the door of Wittenburg Cathedral, I’d say this approach to history pushes people away rather than pulls them in.”
Matt Baylis, Daily Express

Barbie: The Most Famous Doll In The World, Channel 4

“Although Mary Portas is commanding on screen, there were times it felt as though C4 had made the documentary in order to find something — anything — for their contracted presenter to do.”
Claudia Connell, Daily Mail

“As Barbie fans and critics spouted off, we wondered if adults were listening to the kids. Boys and girls alike seemed to hold deeply entrenched views about the gender divide, regardless of what parents said or what toys they played with.”
Matt Baylis, Daily Express