“From start to finish it was hardcore, unrelenting misery. It was also outstanding” 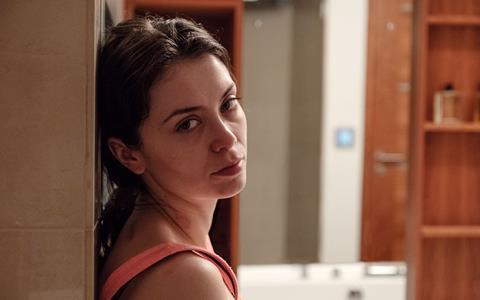 “There wasn’t a second of the 90 minutes that made for ‘enjoyable’ viewing; from start to finish it was hardcore, unrelenting misery. It was also outstanding. First-rate. Not just the stunning central performance by Anca Dumitra as Ana, but also the dialogue, the menacing direction and the way it stayed in your head afterwards.”
Carol Midgley, The Times

“Some dramas are made to be enjoyed. Others are more to be endured, because the stories they tell desperately need to be told, and there’s no other way of telling them. Doing Money was one such.”
Gerard O’Donovan, The Telegraph

“This was a drama that was determined to tell its bleak story without flinching from the worst moments. Throughout it all Gwyneth Hughes’s script pulled no punches. She repeatedly forced us to examine the dark heart of this story, reminding us to open our eyes to what it is happening around us, to look clearly and never turn away.”
Sarah Hughes, The i

“The sketching of the police investigation and the difficulties they face is possibly done too lightly in a film that is clearly intended as agitprop. The emotional response also allows the viewer to skim over an underpowered script and some narrative solutions that seem rather too neat to be true, even if they are. Vitally, however, neither of these flaws is great enough to detract from the power of and the suffering in Ana’s story.”
Lucy Mangan, The Guardian

“For any woman trapped in Ana’s miserable existence, the world might really seem this utterly cruel. For the rest of us, struggling through a 90-minute narrative with no sub-plots or distractions, it was unrecognisable — a nightmare scenario, written to make us feel guilty about a life we didn’t know existed. Sex slavery is too important an issue for television to ignore. But nightly schedules don’t exist to punish viewers. This show took a vital message and turned it into a monotonous rant.”
Christopher Stevens, Daily Mail

“Hearing the moving stories of going over the top, lice and rats in the trenches and a 17-year-old nurse staggering under the weight of an amputated leg bound for the incinerator, I had the same thought I always have when listening to brave veterans such as these: how they understate, not overstate, the horrors they have experienced. Their quiet restraint and stoicism stand out in this era of emotional incontinence and oversharing.”
Carol Midgley, The Times

“WWI: The Last Tommies was especially affecting as it put the emphasis not on facts or footage but on the direct human experience of the Great War. The lost look in George Littlefair’s eye and momentary quiver of the lips as he recalled how he saw his best pal, Joe, fall in the Battle of Loos in 1915 was as powerfully eloquent as any poem about the tragedy and pity of the First World War.”
Gerard O’Donovan, The Telegraph