Don’t Exclude Me; All Creatures Great and Small; Maid 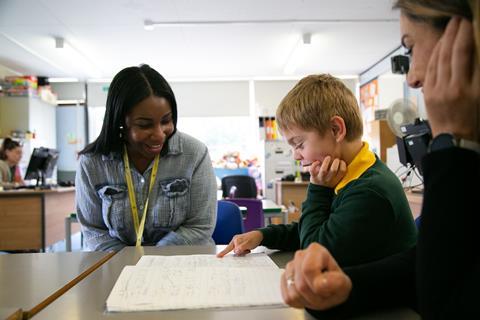 “I was not only in awe of the quiet tolerance shown by the behavioural expert Marie Gentles (gentle by name gentle by nature), I also couldn’t believe how the teachers, who had to deal with horrendously challenging children requiring one-on-one focus, also manage to teach 30 other pupils without screaming. Every day must feel like they’re spinning plates made of warm jelly. It is interesting that both the school and the parents let the cameras in to broadcast what were very difficult scenes, exposure that the children might not thank them for in ten years’ time. But for the rest of us it is always highly instructive to have a ringside seat for the average teacher’s lot.”
Carol Midgley, The Times

“There was a hint of Supernanny, but film-maker Natasha Cox gave us a more rounded picture, and sufficient time with the children to understand the cause of their behaviour. Putting cameras in the classroom was an enlightening look at how difficult it must be to teach under these circumstances.”
Anita Singh, The Telegraph

“This sensitive documentary depicted the problem clearly. What the programme failed to do was explain why so many children are becoming unmanageable. Commendably, it did not hide behind blanket terms like ADHD and autism — which lose their usefulness if they are applied too widely. But if we don’t know why it’s happening, how can we solve the crisis? This series does, at least, demonstrate that the problem is far too complex for schools simply to blame the parents.”
Christopher Stevens, Daily Mail

“Patricia Hodge has taken over from the late Dame Diana Rigg as Mrs P, and captured the perfect note of lofty dignity. Already a national treasure as Miranda’s mum, with one snooty gesture she made the role of Mrs Pumphrey her own. Such fun!”
Christopher Stevens, Daily Mail

“Dressed head to toe in tweed, she showed within about 15 seconds that she was the right replacement for Rigg. We needed this light relief for this was a sombre episode dwelling largely on the newly widowed Mrs Dalby, suffering yet more misfortune when her herd of cattle came down with husk, a sort of parasitic bronchitis. Even some silliness over Tristan’s chickens didn’t change the fact that this episode had sadness at its heart.”
Carol Midgley, The Times

“Replacing any actor in a beloved show is fraught with risk, let alone one of Rigg’s stature. It’s a measure of this revived drama’s quality that the transition was handled with such delicacy and class. There were bittersweet references to loss, grief and the fleeting nature of time. Written with skill and subtlety by Chloe Mi Lin Ewart, this was an episode about Rigg’s death without ever directly addressing it.”
Michael Hogan, The Telegraph