Drama Out of a Crisis; Who Do You Think You Are?; John Bishop’s Great Whale Rescue

“An excellent, nostalgia-stoking reflection on a golden age of drama” 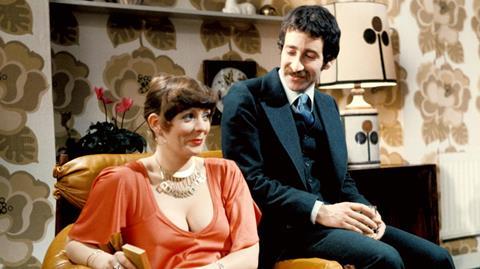 Drama Out of a Crisis: A Celebration of Play for Today, BBC4

“It was a celebration that didn’t stray into hagiography. Nevertheless, you could not help but feel the loss of a time when the production of great, funny, politically engaged drama for the masses was thought a priority, when controversy was generated for a reason, not for its own sake, and when a stance could be taken and debated rather than crushed by an online mob.”
Lucy Mangan, The Guardian

“A Celebration of Play for Today was an excellent, nostalgia-stoking reflection on a golden age of drama when playwrights weren’t worried about Twitter and the BBC let them have their heads. There was a treasure trove of riches here from Dennis Potter to Caryl Churchill, Colin Welland to Peter Terson, Ken Loach to Alan Bennett. Great documentary. I’m giving it five stars for the memories.”
Carol Midgley, The Times

“The great accomplishment of Drama Out of a Crisis, an absorbing feature-length documentary marking the 50th anniversary of Play for Today, was to strip away the clichés. Featuring interviews with Ken Loach and Mike Leigh, producer Margaret Matheson, playwright David Hare and others, it celebrated, with an infectious zeal, the anthology’s progressive credentials. Drama out of a Crisis argued persuasively and grippingly that we are poorer for its absence.”
Ed Power, The i

“Jodie Whittaker brought the same wide-eyed enthusiasm to her journey as she does to her performances in Doctor Who. It was a more complex story than she had bargained for. But this was still one of the weaker Who Do You Think You Are? episodes, containing too few surprises.”
Anita Singh, The Telegraph

“What this documentary lacked in global mileage Whittaker made up for in emotion, although she didn’t tear up melodramatically like many thesps do, thankfully.”
Carol Midgley, The Times

“Her appearance in an undemanding and enjoyable opening episode of the new series of genealogy blockbuster Who Do You Think You Are? was a treat. It very agreeably pulled back the curtain to reveal a down-to-earth woman with a keen interest in her family’s complicated history. As is the case with the mind-bending new Doctor Who episodes she’s been required to carry, her lightly-worn charisma won the day.”
Ed Power, The i

“The paper trail that led to that revelation [of how her uncle Walter died], and the emotional moment at his graveside, were full of the intrigue that makes this enduring show so enjoyable. And well done to the director for resisting the temptation to call it Doctor Who Do You Think You Are? — such cheap puns are reprehensible.”
Christopher Stevens, Daily Mail

“Despite the title, this wasn’t John Bishop’s great whale rescue. It was a whale rescue coordinated by the Sea Life Trust and Whale and Dolphin Conservation, eight years in the planning and involving more than 100 people in six countries. In the event, it was the rescue itself that proved compelling, rather than the presence of Bishop, who was keen to remind us just how much of his time he was giving up for the project, and how exhausting he found it all.”
Anita Singh, The Telegraph

“I am honestly on tenterhooks for the second episode tonight. I hadn’t expected the story to be so dramatic, or that animal-lover John would be such a great choice as presenter. And I didn’t know how sweetly adorable beluga whales would be.”
Christopher Stevens, Daily Mail